The month of February and its focus on presidential birthdays provides the perfect opportunity to engage kids in presidents past and present and to get them excited about American history! Check out the following ideas and resources, several of which were contributed by educators from across the country. We invite you to print and share these materials with young people at home and in the classroom.

More than twenty states boast presidential birthplaces, historic homes, libraries, and museums. Many of these very special places include extensive exhibits profiling events from the campaign trail and include not only samples of campaign posters and other memorabilia, but also audio and video exhibits that enable you to hear or watch the key events from the president’s term in office.

Before visiting a presidential museum or library, be sure to check out the special activities calendar by calling ahead or reviewing the website because many libraries offer child-friendly and family-oriented activities to engage young people. For a comprehensive guide to finding presidential sites and museums, listed by state, check out the NCBLA’s “Field Trip Guide for Presidential Birthplaces, House, and Libraries.”

Veteran educator Marcy Prager of the Brookline Public Schools enjoys taking her students on a field trip to the John F. Kennedy home in Brookline, Massachusetts, where Kennedy was born. Upon returning to school, Prager asks her students to each sketch a favorite room in the Kennedy house and write about the activities and events they learned used to be held there.

If visiting a presidential museum or library in person is not possible, you can visit one virtually by checking out content on the library’s website. Many presidential museums and libraries offer articles, curricula, and other resources you can download and use free. For example, the Jimmy Carter Library website (JimmyCarterLibrary.gov) offers a multi-disciplinary educational curriculum titled “The President’s Travels” with content for students in grades 2 through 12. And the research section of the George Bush Library’s website (Bush41.org) offers online access to some of its print and audio-visual archives. Included in the visual archives are photographs from Bush’s life, including his time in public office. The photos are organized by topic, such as Various Campaigns, US Vice President, US President, and Presidential Transportation.

Additional questions to ask are: Where will the monument be located? Washington, DC? The president’s birthplace? A landmark of an important event of their presidency?

And finally instruct the students to determine what materials will be used. Marble? Brick? Trees?

Once the details have been decided, students should draw a rough sketch of their monument and label the important details. This can be done by hand or computer.

The final step is to create a 3-D scaled model of the monument. Students can choose their materials. Options to consider include: clay, Styrofoam, legos, wood, cardboard, sugar cubes.

This assignment can be completed independently or with a partner.

Does the Shoe Fit?

Elementary teacher Debra Schrock of Illinois recommends a sensory approach when trying to help younger students understand details about a particular president. For example, if you are teaching about George Washington, bring in a pair of men’s shoes in his size to allow the kids to step in and try them on. The size of the shoes allows kids to get a better understanding of the physical strength and size of George Washington.

Play a Game of Presidential Trivia

Find these answers—and make up your own presidential trivia questions to ask young people!—by digging into the NCBLA’s “Presidential Fact Files.” The “Presidential Fact Files” is a treasure trove of information for every one of our nation’s presidents that includes the dates of each president’s terms, party affiliation, family information, as well as legacy summaries and famous quotes. Using the information on each president’s page, you can quickly make up a list of questions regarding a president’s accomplishments or failures, an event that took place during the president’s term, or a famous line from a speech. Each presidential page also includes a “Did You Know?” category, which features additional facts perfect for a trivia game, such as the fact that George Washington was the only president to be elected by a unanimous vote and Theodore Roosevelt was the first American to win the Nobel Peace Prize.

Jot down questions, type them up, or create questions on the fly by reading the “Presidential Fact Files” web pages from your smartphone or tablet computer. You can choose to play presidential trivia with just a couple people, or you can play with a large group divided into teams. Encourage kids to review the presidential and first lady facts and write their own trivia questions to share with friends and the adults in their lives.

If you plan to play with a group of kids who are different ages, you might want to consider creating a rating system for your questions, such as Easy, Average, and Advanced. Or, consider awarding bonus points for a particularly difficult question.

You can expand your trivia coverage by creating some questions based on America’s first ladies using the NCBLA’s “First Lady Fact Files.” You can also create questions based on the informative essays and stories in Our White House: Looking In, Looking Out. Be sure to take a look at the presidential images and notes in Bob Kolar’s “1600 Pennsylvania Avenue: Who’s in the House?” Kolar’s illustration is featured above (©2008 Bob Kolar).

The Biden’s dog Commander and cat Willow are not the only four-footed friends to have lived in the White House! Find out what other presidential pets once roamed the halls of the people’s house in “The Presidential Pet” written and illustrated by Steven Kellogg in Our White House: Looking In, Looking Out! After researching presidential pets, invite kids to draw or create their own pet and have fun hosting a pet parade.

Great Moments in History: The Movie

Sarah Ebel of New Jersey recommends dividing students into small groups and assigning each group a particular moment in history, such as the delivery of the Gettysburg Address or Washington crossing the Delaware River, to research and then script into a movie. Be sure to encourage young people to find books at the library about their assigned historical moment. Students should read all they can and take lots of notes. Using their notes, the students can work together to write a movie script that recreates the historical moment. Be sure to instruct the young people to write character lists and dialog and to include a description of the setting. If possible, students should work together to make costumes using old clothing from home and to film their script. Your school or public library might be able to provide a video camera or flip camera for students to use. If filming the movie is not an option, students can read and act out the script in front of the class. Schedule a class party to view each movie or watch each performance.

Delve deeper into America’s past in the NCBLA’s art and literature anthology Our White House: Looking In, Looking Out! On this companion educational website, check out children’s literature expert Maria Salvadore’s extensive list of book and website recommendations online in “Presidents, the President’s House, and More: A Select List of Books (and a Few Web Sources) for Children and Young Adults.”

This website also enables young people to discover what they might have in common with American presidents and what unusual critters have resided in the White House with them in “Presidents Are People Too!” and “Lions and Tigers and Bears, Oh My,” both by Heather Lang.

A Word of Thanks

The National Children’s Book and Literacy Alliance would like to thank everyone who shared their ideas for making Presidents Month fun with the young people in their lives. Special thanks go to Sarah Ebel, Michele Kinnear, Marcy Prager, and Debra Schrock. 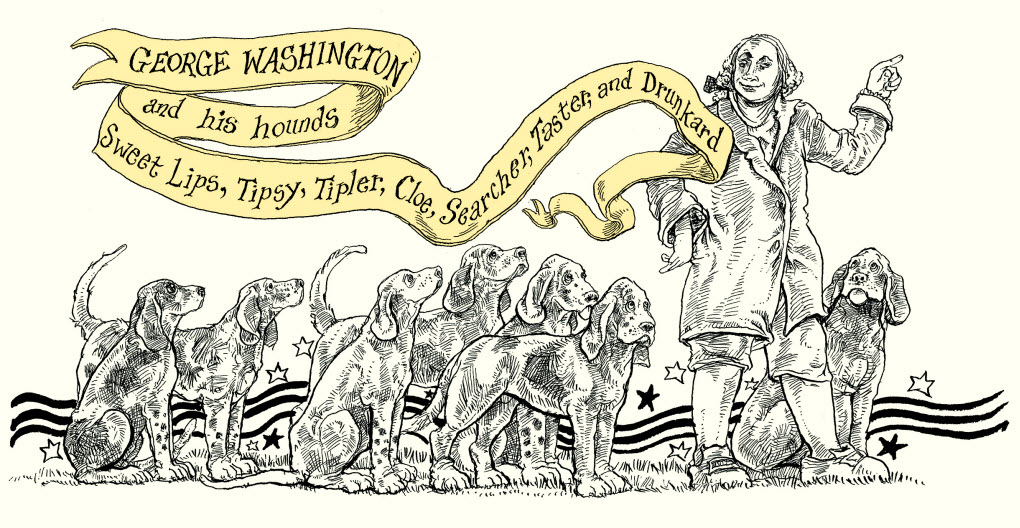