Albert Marrin is an historian and author of over three dozen books for young adults and numerous books for young readers, including Old Hickory: Andrew Jackson and the American People, a James Madison Book Award winner, Tatan’ka Iyota’ke: Sitting Bull and His World, and George Washington & the Founding of a Nation (all Dutton).

Professor Marrin has been a teacher all of his life—he began his career teaching social studies in New York City and taught at Yeshiva University where he was chairman of the history department until 2005.  He has never lost his passion and interest in making history interesting and accessible for the young.

Little Monsters: The Creatures that Live on Us and in Us (Puffin Books)

FDR and the American Crisis (Alfred A. Knopf)

A Volcano Beneath the Snow: John Brown’s War Against Slavery (Alfred A. Knopf)

The Great Adventure: Theodore Roosevelt and the Rise of Modern America (Dutton Juvenile)

Oh Rats! The Story of Rats and People (Dutton Juvenile) 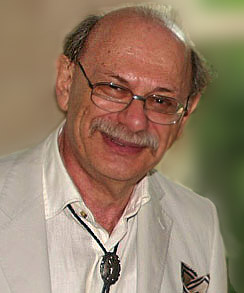