Claire Nivola writes: “I was born in 1947 in New York City. When I was a year old my parents bought an old farmhouse in The Springs on Long Island—the seashore town that appears in Elisabeth (FSG). The “country,” as it still was then; animals; being read to; and reading were among the passions of my childhood. The daughter of an artist father and mother, I drew and sculpted from earliest childhood and took art for granted, like breathing and walking. I was also a conscientious student. After attending Radcliffe College, where I majored in history and literature, I stayed in the Boston area for ten years. Soon after graduating, in 1970, I illustrated my first children’s book. My father had been asked by Fabio Coen, head of children’s books at Pantheon and a fellow Italian, if he would illustrate The Disobedient Eels and Other Italian Tales by Maria Cimino. My father gave the job to me. Over the next eight years, Fabio Coen asked me to illustrate The Messy Rabbit, written by my mother Ruth Nivola, and Save the Earth by Betty Miles, a book on ecology whose editor, a young woman named Frances Foster, was in the office next door at Knopf. During those years I also tried my hand at mural painting and graphic design, and occasionally exhibited my paintings and sculptures in private and group shows. I did all this as an extension of how I had grown up, with little idea of building a career.

“In 1980 I moved back to Manhattan and joined the art department at Newsweek magazine. In 1982 I married, a year later my son was born, and three years after that, my daughter. Being a mother absorbed my heart and intellect. Unlike many of my contemporaries, I stayed home with my children and did little work of my own. When they were older, in 1992, as a rare exception, I took on a commission for fifty-three bas-relief panels telling the story of man’s changing relationship to the Tennessee River for the Chattanooga Aquarium. I worked on a raised table in the playroom off the kitchen after my children went to bed at night and my children often commented on panels before they were shipped out for casting.

“In 1994, great good fortune chanced to put me back in touch with Frances Foster, now, twenty years later, a revered children’s book editor. I illustrated for her Tell Me a Real Adoption Story (Knopf) by Betty Jean Lifton, and since she has moved to Farrar, Straus & Giroux with her own imprint, we have worked together on four more books: Elisabeth, my telling of my mother’s story of her childhood doll; The Mouse of Amherst (FSG) by Elizabeth Spires, and my own two books, The Forest (FSG) and Planting the Trees of Kenya: The Story of Wangari Maathai Amherst (FSG) Frances has been my invaluable friend and inspiration.

“In recent years, I have also worked with publishers in Boston, illustrating The Friday Nights of Nana by Amy Hest for Candlewick Press, and for Houghton Mifflin, The Flag Maker by Susan Campbell Bartoletti and The Silent Witness by Robin Friedman.

“Having spent many years reading, often more than once, the books I loved as a child to my own children, and discovering new ones, my appreciation for the best of children’s literature has only grown. Writing for children is a serious business. Even if the result is to delight one’s small readers, the words and images are destined to become a vivid and lasting part of a child’s live experience.”

Planting the Trees of Kenya: The Story of Wangari Maathai (Frances Foster Books) 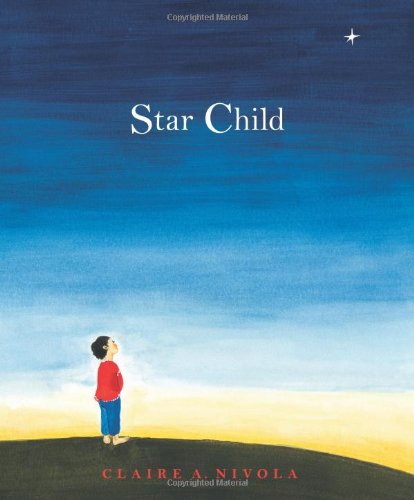