David Small was born and raised in Detroit. In school he became known as “the kid who could draw good,” but David never considered a career in art because it was so easy for him. At 21, after many years of writing plays, David took the advice of a friend who informed him that the doodles he made on the telephone pad were better than anything he had ever written. He switched his major to Art and never looked back. After getting his MFA at the Yale Graduate School of Art, David taught art for many years on the college level, ran a film series, and made satirical sketches for campus newspapers.

Approaching tenure, he wrote and illustrated a picture book, Eulalie and the Hopping Head, which he took to New York, pounding the pavements and collecting rejections for a month in the dead of winter. Eulalie was published in 1981. Although tenure at the college did not follow, many more picture books did, as well as extensive work for national magazines and newspapers. His drawings appeared regularly in The New Yorker and The New York Times.

A learn-as-you-go illustrator, David’s books have been translated into several languages, made into animated films and musicals, and have won many of the top awards accorded to illustration, including the 1997 Caldecott Honor and The Christopher Medal for The Gardener written by his wife, Sarah Stewart, and the 2001 Caldecott Medal for So, You Want To Be President? by Judith St. George. “At the Caldecott ceremony in San Francisco,” said David, “facing that veritable sea of smiling faces — of librarians, of friends in publishing, of my family and other well-wishers — I was so overcome that I lost my voice and croaked my way through the speech. Having been turned from a frog into a prince by the American Library Association, before their eyes that night, I turned back into a frog.”

The Mouse and His Child, written by Russell Hoban (Arthur Levine Books/Scholastic Press)

My Senator and Me: A Dog’s Eye View of Washington, D.C., written by Senator Edward M. Kennedy (Scholastic Press)

Once Upon a Banana, written by Jennifer Armstrong (Simon & Schuster)

When Dinosaurs Came with Everything, written by Elise Broach (Atheneum) 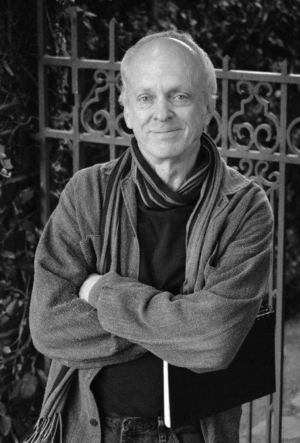