Don Brown is the award-winning author and illustrator of many picture book biographies and history books. He has been widely praised for his resonant storytelling and his delicate watercolor paintings that evoke the excitement, humor, pain, and joy of lives lived with passion. School Library Journal has called him “a current pacesetter who has put the finishing touches on the standards for storyographies.”

He has introduced young readers to the famous, such as Albert Einstein, Thomas Edison, and Dolly Madison, and the less well known, such as Mary Kingsley, Mary Anning, and Mack Sennett. His books have explored important events such as the Battle of Lexington and Concord, the sinking of the Titanic, and the duel of Alexander Hamilton and Aaron Burr. America Is Under Attack sensitively reviewed the tragic events of September 11th.

Don Brown’s books have received numerous starred reviews. He has won many awards including a Horn Book Honor and the William Allen White Award. In addition, Drowned City: Hurricane Katrina and New Orleans was named a 2016 Sibert Honor book and winner of the 2016 Orbis Pictus award. The Great American Dustbowl was nominated for the Texas Blue Bonnet Award, the third time one of Don’s books had been honored.

Don makes presentations to kids around the country. He lives in New York with his family.

One Giant Leap: The Story of Neil Armstrong (Houghton Mifflin)

A Voice from the Wilderness: The Story of Anna Howard Shaw (Houghton Mifflin)

Our Time on the River (Houghton Mifflin) 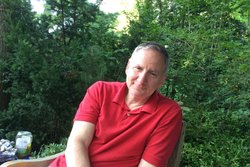