Caldecott Medalist Ed Young is the illustrator of over eighty books for children, seventeen of which he has also written. He finds inspiration for his work in the philosophy of Chinese painting.

“A Chinese painting is often accompanied by words,” explains Young. “They are complementary. There are things that words do that pictures never can, and likewise, there are images that words can never describe.”

Born in Tientsin, China, Ed Young grew up in Shanghai and later moved to Hong Kong. As a young man, he came to the United States on a student visa to study architecture, but turned instead to his love of art.

Young began his career as a commercial artist in advertising and found himself looking for something more expansive, expressive, and timeless. He discovered all this, and more, in children’s books.

The subject and style of each story provide Young with the initial inspiration for his art and with the motivation for design, sequence, and pace. Accuracy in research is essential to his work, too—whether he is illustrating fantasy, folk tale, or fact. According to Young, a strong foundation of credibility must be established in order to create new and exciting images. Through such images, he hopes to capture his readers and ultimately expand their awareness.

Young’s quest for challenge and growth are central in his role as illustrator. “Before I am involved with a project I must be moved, and as I try something exciting, I grow. It is my purpose to stimulate growth in the reader as an active participant as well,” Young explains. “I feel the story has to be exciting, and a moving experience for a child.”

A graduate of the Art Center College of Design in Pasadena, Young has since taught at the Pratt Institute, Yale University, Naropa Institute, and the University of California at Santa Cruz. In 1990, his book Lon Po Po (Putnam) was awarded the Caldecott Medal. He has also received two Caldecott Honors – for The Emperor and the Kite (Philomel) and Seven Blind Mice (Putnam) – and was twice nominated for the Hans Christian Andersen Medal, the highest international recognition given to a children’s book author or illustrator who has made a lasting contribution to children’s literature.

What About Me? (Philomel Books)

I, Doko: The Tale of a Basket (Philomel Books)

Sons of the Dragon King (Atheneum)

Beyond the Great Mountains (Chronicle Books)

Tiger of the Snows: Tenzing Norgay, The Boy Whose Dream Was Everest (Atheneum) 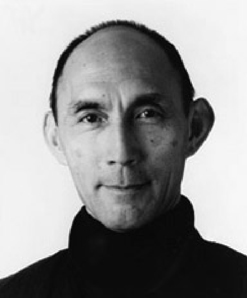