Eric Carle visited the White House in 2001 for the Easter Egg Roll and again in 2002 for the National Book Festival. In 2003, he was invited to design and create the White House Easter Egg Roll poster, which is included in this collection. The poster, which features First Lady Laura Bush’s pets in a playful pyramid, is created in the hand-painted tissue paper collage style in which Eric creates illustrations for his books. With a background in design, Eric thinks of each of his illustrations as “little posters” and he was delighted to create this one and to have it included here.

Eric Carle is acclaimed and beloved as the creator of brilliantly illustrated and innovatively designed picture books for very young children. His best-known work, The Very Hungry Caterpillar (Scholastic), has eaten its way into the hearts of literally millions of children all over the world and has been translated into more than forty-five languages and sold over twenty-five million copies. Since the Caterpillar was published in 1969, Eric Carle has illustrated more than seventy books, many best sellers, most of which he also wrote, and more than seventy-five million copies of his books have sold around the world.

Born in Syracuse, New York, in 1929, Eric Carle moved with his parents to Germany when he was six years old; he was educated there, and graduated from the prestigious art school, the Akademie der bildenden Künste, in Stuttgart. But his dream was always to return to America, the land of his happiest childhood memories. So, in 1952, with a fine portfolio in hand and forty dollars in his pocket, he arrived in New York. Soon he found a job as a graphic designer in the promotion department of the New York Times. Later, he was the art director of an advertising agency for many years.

One day, respected educator and author, Bill Martin Jr., called to ask Carle to illustrate a story he had written. Martin’s eye had been caught by a striking picture of a red lobster that Carle had created for an advertisement. Brown Bear, Brown Bear, What Do You See? (Holt) was the result of their collaboration. It is still a favorite with children everywhere. This was the beginning of Eric Carle’s true career. Soon Carle was writing his own stories, too. His first wholly original book was 1, 2, 3 to the Zoo (Collins World), followed soon afterward by the celebrated classic, The Very Hungry Caterpillar.

Eric Carle and his wife Barbara co-founded The Eric Carle Museum of Picture Book Art in Amherst, Massachusetts, which opened its doors to the public in 2002. The first Museum of its kind in this country, devoted to the art of the picture book from around the world, the Museum has welcomed hundreds of thousands of visitors since it opened.

Eric Carle has two grown-up children, a son and a daughter. He divides his time between the Florida Keys and hills of North Carolina. 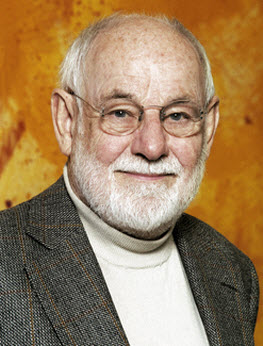