The country continued to struggle in the midst of the Great Depression when Roosevelt ran for office. He promised despondent Americans a “New Deal” as he accepted the Democratic nomination. He further encouraged the people with his campaign slogan “Kick Out Depression with a Democratic Vote.” Roosevelt won the election by a landslide.

Roosevelt acted immediately to fulfill his promises. Upon taking office he proposed an innovative and extensive program of direct federal aid and reform, which he coined the New Deal. Congress approved the program. The New Deal provided employment to both skilled and unskilled workers through the Conservation Corps and the Works Progress Administration. The New Deal also provided direct aid to the poor through the newly created Federal Emergency Relief Administration. Roosevelt asserted, “It is the inherent duty of the Federal Government to keep its citizens from starvation.

By 1935 the economy showed signs of recovery, but businesses and banks became increasingly dissatisfied with many of Roosevelt’s New Deal programs and experiments, such as removing the U.S. from the gold standard and allowing deficit spending. However, Roosevelt forged ahead with a second wave of New Deal programs that included Social Security, higher taxes on the wealthy, and increased regulation of banks and public utilities.

Roosevelt won his second term by pledging to keep the U.S. out of World War II. He in fact signed the U.S. Neutrality Acts, a series of laws passed in response to the growing turmoil that led to World War II in an effort to prevent the U.S. from becoming involved. Later, after it became necessary to join the war, Roosevelt continued to be reelected because the people were unwilling to change leadership during wartime. Such circumstances and sentiment led Roosevelt to be the only president elected to serve four terms.

Though the U.S. remained officially neutral at the onset of World War II, Roosevelt did aid the Allies by sending ships and military equipment to Britain. Everything changed, however, on December 7, 1941, when Japanese airplanes bombed the U.S. naval base Pearl Harbor in Hawaii. Roosevelt rallied the support of the country, declaring that the date would “live in infamy.” The next day the U.S. declared war on Japan and Germany, and Roosevelt subsequently directed all the national resources to the war efforts. Millions of Americans fought side by side with the British and the Russians until Germany and Japan were defeated in 1945.

Roosevelt understood that future world peace depended upon fostering relationships with many foreign countries, and so he helped to plan the United Nations as a forum for arbitrating future disputes. On April 12, 1945 Roosevelt died of a cerebral hemorrhage, barely two weeks before the deaths of Mussolini and Hitler and the final days of the war, but with the U.S. now a true global power.

As Roosevelt accepted the 1932 Democratic nomination for president, he proclaimed, “Throughout the nation men and women, forgotten in the political philosophy of the Government, look to us here for guidance and for more equitable opportunity to share in the distribution of national wealth. . . . I pledge myself to a new deal for the American people. This is more than a political campaign. It is a call to arms.”

Regarding the responsibility of government, Roosevelt noted, “Last spring, when I went to Washington, there were many people who came forward with the thought, verbally expressed, that the Government should take over all the troubles of the country, that we could, well, as we used to say in the old days, ‘Let George do it,’ and I began to think sometimes that my first name was George.” (September 29, 1933)

When the nation’s banking system collapsed in 1933, Roosevelt encouraged the American people and promised to handle the crisis, proclaiming, “The only thing we have to fear is fear itself.”

Regarding American’s National Parks, Roosevelt stated, “If many, and indeed most, of our American National Parks were to be set down anywhere on the continent of Europe, thousands of Americans would journey all the way across the ocean in order to see their beauties.”

Roosevelt noted in a speech to students at the University of North Carolina, “You undergraduates who see me for the first time have read in your newspapers and heard on the air that I am at the very best an ogre––a consorter with communists, a destroyer of the rich, a breaker of our ancient traditions. Some of you think of me, perhaps, as the inventor of the economic royalist, of the wicked utilities, of the money changers in the temple. You have heard for six years that I was about to plunge the nation into war; that you and your little brothers would be sent to the bloody fields in Europe; that I was driving the nation into bankruptcy; and that I breakfasted every morning on a dish of grilled millionaire. Actually, I am an exceedingly mild-mannered person––a practitioner of peace, both domestic and foreign, a believer in the capitalistic system, and for my breakfast a devotee of scrambled eggs.”

Roosevelt was the first president whose mother was eligible to vote for him, following the passage of the 19th Amendment in 1920.

When Roosevelt was just 39 years old, he was stricken with polio and became paralyzed. He worked hard to regain his health and strength. Many believe his personal tragedy helped give him the empathy and strength needed to help the American people overcome the Great Depression and succeed in World War II.

To gain the support and trust of all Americans, Roosevelt instituted direct talks to the people over the radio. These reassuring “fireside chats” helped solicit support for his New Deal programs and also created an unprecedented direct relationship with the public.

The waters at Warm Springs provided relief to President Roosevelt’s health conditions, and he later died here in 1945 after suffering a fatal stroke. In addition to the house, which has been preserved as FDR left it, visitors can also see the Memorial Fountain, the Walk of the States, a new FDR Memorial Museum, a new film narrated by Walter Cronkite, two of Roosevelt’s classic cars, and the original bump gate that opened with an automobile bumper. The Historic Therapy Pools and Springs Complex are also open to visitors.

The first presidential library to be administered by the federal government was conceived and built under President Roosevelt’s direction on the original family estate. The museum contains extensive displays on the lives and public service careers of both Franklin and Eleanor.

Springwood, the Roosevelt family’s estate, was donated to the American people by President Roosevelt. On the same grounds are the presidential library and Eleanor’s cottage, Val-Kill.

Dedicated to the First Lady, Val-Kill is truly Eleanor Roosevelt’s own. Built on the grounds of the Roosevelt estate, Eleanor spent weekends here during her husband’s presidency and returned to the cottage after his death.

Campobello was the family retreat of Franklin and Eleanor Roosevelt. The park features many natural resources and opportunities for hiking, picnicking, and sightseeing. 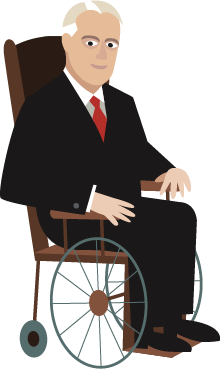 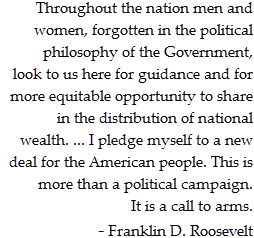