Patricia McKissack worked as a team with her late husband Fredrick (1939-2013), and together they wrote over one hundred books for young readers, including picture books, beginning readers, information books, and biographies. Their book A Long Hard Journey: The Story of the Pullman Porter was awarded both the Coretta Scott King Award and the Jane Addams Peace Award. Patricia McKissack’s picture book, Mirandy and Brother Wind, was awarded a Caldecott Honor Medal.

Patricia and Fred McKissack have always felt strongly that all young people need good literature by and about African Americans and have stated a dual goal of improving the self-image of African-American children and of encouraging an open attitude in all children toward cultures different from their own. Patricia and Fred were awarded the prestigious Coretta Scott King-Virginia Hamilton Award for Lifetime Achievement in 2014 by the American Library Association.

A Picture of Freedom: The Diary of Clotee, a Slave Girl, Belmont Plantation, Virginia 1859 (Scholastic) 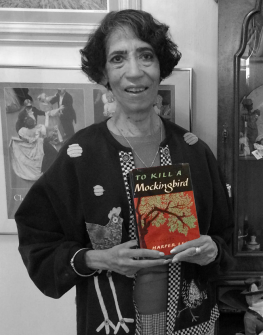 Author Patricia C. McKissack recommends To Kill a Mockingbird by Harper Lee (first published in 1960) as a Great Read for ages 8 and up. Check out more Great Reads on thencbla.org.