The Our White House website article “Help Wanted: President of the United States” delineates the responsibilities of the president:

“The president serves as the highest government leader in the United States. Article II of the Constitution specifies that the president has two primary job functions: to serve as chief executive of the federal government and to serve as commander in chief of the armed forces. As chief executive, the president works with other leaders of the executive branch, including the vice president, cabinet members, and leaders of other federal agencies, to ensure that federal laws are carried out. The president does not make laws—that responsibility is delegated to Congress. However, the president does develop federal policies regarding issues such as education, foreign relations, and energy, and subsequently works with Congress to create legislation that administers those policies. In addition, the president has the power to approve or veto legislation. Additional job responsibilities include negotiating treaties with other nations, establishing a federal budget, appointing diplomats and Supreme Court judges, and granting pardons. Finally, as commander in chief of the country’s military, the president has the authority to send troops into combat, as well as the power to decide whether to use nuclear weapons.”

The president of the United States must carry out his or her tasks and responsibilities, as President Franklin Roosevelt has stated, “. . . realizing that he is President of all the people.” In the first U.S. census of 1790, taken three years after the Constitution was ratified, the population of the United States, including slaves, was 3,929,326. Today, the 2016 population estimate exceeds 324,118,787, and the president must represent and work for all of us.

From our comprehensive Presidential Fact Files to stories of George Washington’s massive hound dogs to humorous tales of presidential embarrassments, here you will find information to encourage young people to read and learn more about all of our presidents.

Help Wanted: President of the United States
What does it take to be president? Discover the qualifications, consider the benefits, and don’t forget the risks.

A Long and Winding Road: Steps to Becoming a Presidential Nominee
Review the historical background and explanation of how candidates become their party’s nominee for American president through caucuses and primaries.

Impeachment
The U.S. Constitution provides a means for impeaching and removing presidents from office when they abuse power or commit other offenses. Here we provide an overview of the process, historical precedents, and resources for addressing impeachment in your classroom and even at home around the dinner table.

Presidential Menageries: George Washington, Hound Dogs, and Super Mules
Ironically, the father of our country had no children of his own, but he was involved in breeding of another nature—that of mules and hounds.

Presidents Are People Too!
The president of the United States holds the highest position in America, but presidents are people too. Discover what you might have in common.

The Eloquence of ‘Silent Cal’
A Profile of Vermonter President Calvin Coolidge, the 30th President of the United States, written by Katherine Paterson.

Star-Spangled Presidents
The story of how a poet, a battle, a British drinking song, and a baseball game helped give rise to our national anthem, the “Star-Spangled Banner.”

Presidents, the President’s House, and More
A Select List of Books (and a Few Web Sources) for Children and Young Adults 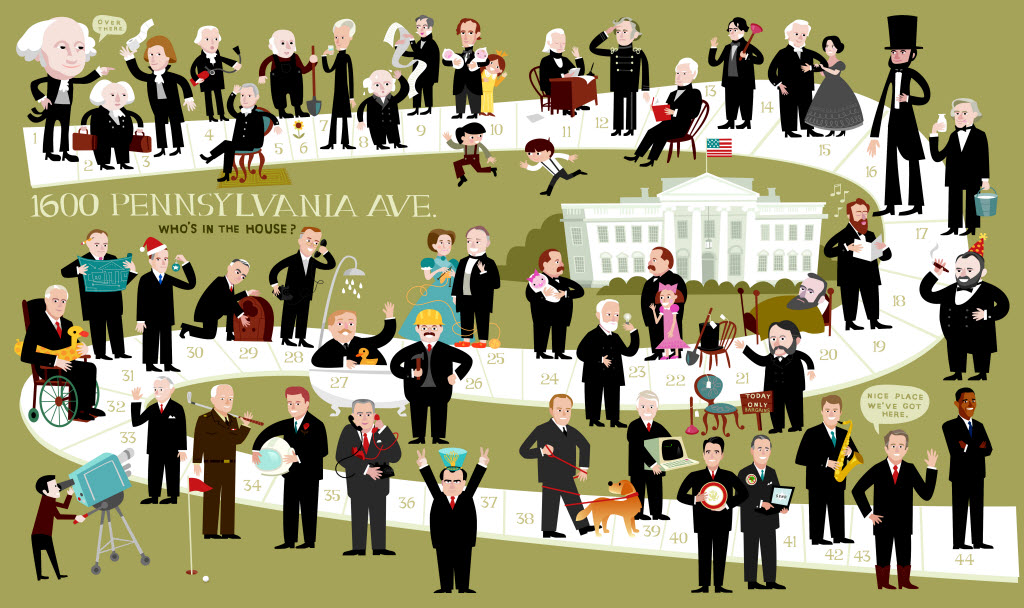