“I grew up in an old house in Massachusetts, where I read about Robin Hood’s gang and Laura Ingalls Wilder’s frontier family,” Jeannine Atkins writes. “On rainy days, sofa cushions became our forts, islands, or covered wagons, and when it was nice out, fallen trees and rocks turned into pirate ships or stages. My sister, friends, and I dressed up as princesses, of course, as well as the sisters in Louisa May Alcott’s Little Women. Jo, Amy, Meg, and Beth taught me that history can begin in an ordinary kitchen, garret, or parlor with a lumpy, threadbare sofa. I liked a ballroom where a young woman’s dress might be shabby, stained, or smell of smoke.

“Writing about history is kind of like playing, but spending time at the library instead of choosing old clothes (furnished by my grandmother, who brought a sense of style from her home in Paris, even if she didn’t update it over passing decades: she stuck with blue eye shadow, espadrilles, and long dresses into her eighties. We kept her cast-offs in a trunk my dad brought home from the Army). Playing, like learning history, was a reminder that everything can change.

“As a grown-up writer, I still get to imagine I’m anyone I want. I wrote about a girl in India who saved trees from loggers in Aani and the Tree Huggers (Lee and Low) and a British girl who became the first person to earn a living collecting fossils in Mary Anning and the Sea Dragon (FSG). My most recent books are How High Can We Climb? The Story of Women Explorers and Anne Hutchinson’s Way (all FSG).

“It’s a thrill and an honor to spend days thinking about wonderful people who helped change our world. Still, sometimes writing is hard. It can take a long time to find the right words and put them in the right order. But when I find almost-perfect places for words, I am very, very happy. I live with my husband in western Massachusetts where, besides writing and make-believing, I walk my three dogs, adore from afar my college-age daughter, and teach part-time at the University of Massachusetts-Amherst.

“I tend to write about women and others more in the shadows than forefront of history. I never considered writing about a president until I was asked if I might be interested in contributing to Our White House; when an editor calls I’m not one to say No, thanks. Some of my first choices for topics had been covered, but we settled on a thin, soft-spoken man with spectacles whose wife was large and loud.

“I read volumes about Woodrow Wilson and his wife, Edith, who spent seventeen months of the president’s two terms, after his stroke, sort of furtively running the country. My job as researcher is to read widely, but as a writer, I had to figure out how to portray eight years, including the beginning and end of World War I, in just a few pages. I scribbled lots of notes, then crossed out most of them. I thought of my French Catholic grandmother who, besides providing secondhand gowns, taught me that we may enter mystery through small tangible things. Abstract words can bridge gaps, but they lack the punch of details, gossip, or common Anglo-Saxon nouns. I used some of my allotted word count on plain old crackers and a cup of milk, which Edith Wilson carried to the porch where the man who’d campaigned on the slogan “He kept us out of war,” drafted a speech drawing the country into Europe’s battles. And, reluctantly, I left out post-war scenes of the Wilsons being greeted by people cheering from the tops of chestnut trees in Paris and others throwing violets or shirts. And, much as I love knowing particular kinds of flowers or furniture, I didn’t have the space to describe the antique bed where President Wilson lay sick, with its carved grapes, vines, and birds.

“My dad brought our family to the White House when I was ten. I was awed, but the grand rooms bordered by velvet ropes, the empty elegant chairs, and rugs without a speck of dog hair said: Keep out.  I felt closer to the presidents reading about common-or-not events in their homes.

“And I write to say: ‘Step inside. What you see might be yours someday.’” 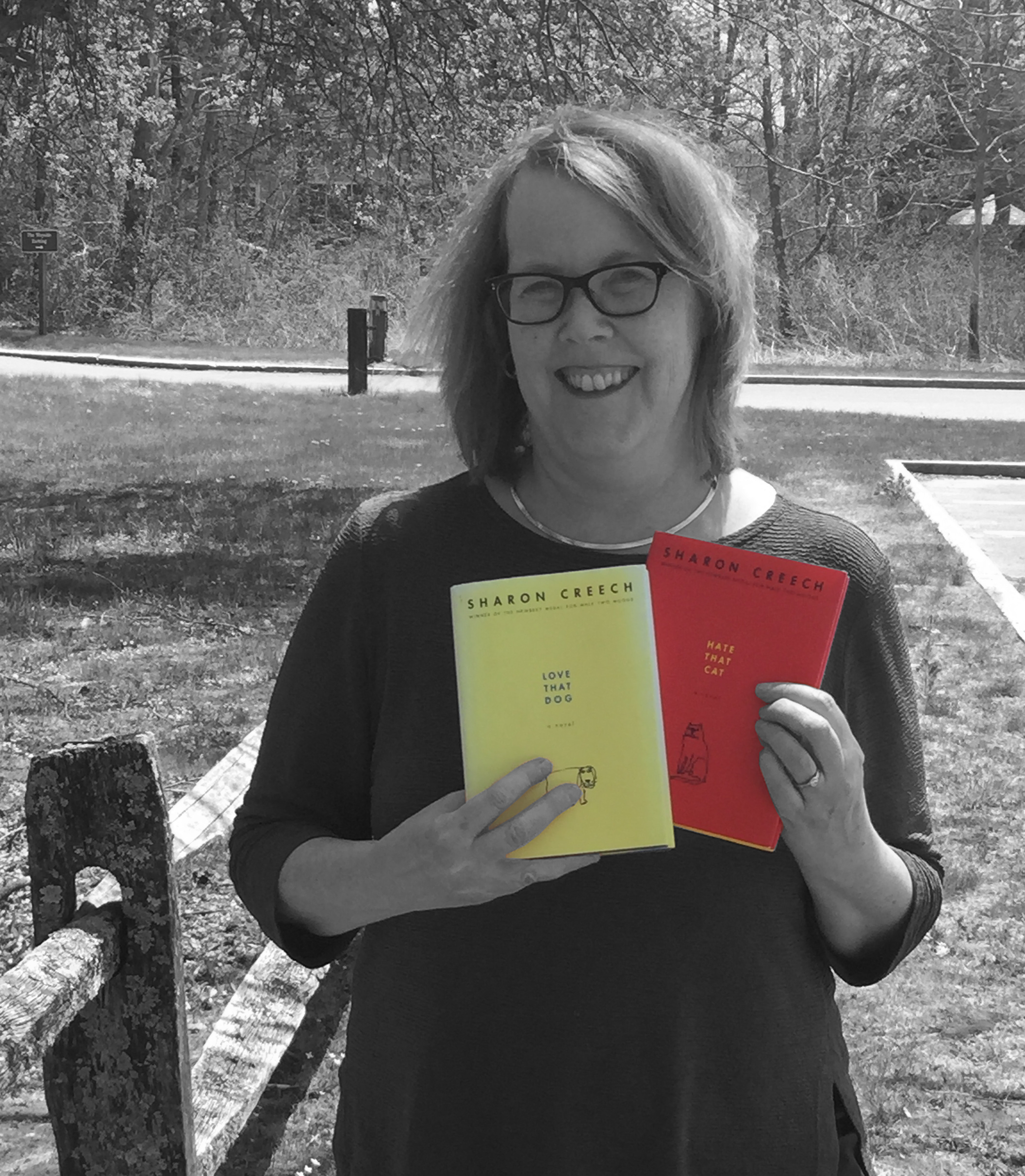 Author Jeannine Atkins recommends Love that Dog (2001) and Hate that Cat (2008), both by Sharon Creech (HarperCollins), as Great Reads for ages 8-12. Check out more Great Reads on thencbla.org.