When Kennedy was sworn in as president in 1961, he was––at age 43––the youngest person ever to have been elected president. Unfortunately, less than three years later he was also the youngest president to die.

Kennedy’s policies and administration centered on what he coined the “New Frontier” of American politics, which focused on fulfilling unmet challenges in civil rights, the economy, the arts and sciences (particularly space exploration), foreign aid and relations, and national defense. Kennedy promised to put an American on the moon by 1970, and indeed the first American astronauts explored space during his term and later, in 1969, Neil Armstrong did make that momentous first step on the moon.

Recognizing the need to counter the spread of communism by sending U.S. envoys around the world, Kennedy established the Peace Corps as a federal agency charged with sending American citizens to underdeveloped countries to promote mutual understanding and peace through education and development.

Soviet relations continued to be tense, particularly following the unsuccessful invasion of Cuba by a group of Cuban exiles that had been trained by the CIA and authorized by Kennedy. The following year Kennedy was forced to order a naval blockade of Cuba when he learned that Soviet missiles had been installed there. At first the Soviets refused to remove them, and many believed a nuclear war was imminent. The Cuban Missile Crisis was resolved 13 days later however, when the U.S. pledged not to invade Cuba and the Soviets agreed to take away the weapons.

Many cite Kennedy’s negotiation and signing of the Test Ban Treaty with Great Britain and the Soviet Union to be his most significant achievement. This treaty ended nuclear testing in the atmosphere, outer space, and under water.

On November 22, 1963, Kennedy was fatally shot while riding in a motorcade with his wife in Dallas, Texas. Just one and a half hours after Kennedy was pronounced dead, Vice President Lyndon Johnson was sworn in as president onboard Air Force One. The former Marine Lee Harvey Oswald was arrested and accused of the assassination. However, Oswald was shot and killed while in police custody just two days later by Jack Ruby. President Johnson established the Warren Commission to investigate the assassination. Though the Commission concluded that Oswald had acted alone, many conspiracy theories exist about what happened that day.

Kennedy envisioned the U.S. engaging in a “New Frontier” as he accepted the Democratic nomination for president: “We stand at the edge of a New Frontier––the frontier of unfulfilled hopes and dreams. Beyond that frontier are uncharted areas of science and space, unsolved problems of peace and war, unconquered problems of ignorance and prejudice, unanswered questions of poverty and surplus.” (1960)

“In the long history of the world, only a few generations have been granted the role of defending freedom in its hour of maximum danger. I do not shrink from this responsibility––I welcome it. I do not believe that any of us would exchange places with any other people or any other generation. The energy, the faith, the devotion which we bring to this endeavor will light our country and all who serve it––and the glow from that fire can truly light the world. And so, my fellow Americans: ask not what your country can do for you––ask what you can do for your country. My fellow citizens of the world: ask not what America will do for you, but what together we can do for the freedom of man.” (Inaugural Address; January 20, 1961)

Speaking in West Berlin after East Germany had erected the Berlin Wall, Kennedy spoke to demonstrate his solidarity with the city by declaring, “All free men, wherever they may live, are citizens of Berlin, and, therefore, as a free man, I take pride in the words––Ich bin ein Berliner (I am a Berliner)!’” (June 26, 1963)

“We ask . . . that we may be worthy of our power and responsibility, that we may exercise our strength with wisdom and restraint, and that we may achieve in our time and for all time the ancient vision of––peace on earth, goodwill toward men.’” (From the speech he planned to deliver November 22, 1963 in Dallas)

1961: Kennedy issues an executive order creating a temporary Peace Corps and asks Congress to authorize the program permanently • Soviet cosmonaut Yuri Gagarin becomes the first man in space • In April a U.S.-sponsored invasion of Cuba at the Bay of Pigs fails • Black and white youths supported by the Congress of Racial Equality (CORE) set out on the “freedom rides” to test the enforcement of ICC rules against discrimination in interstate travel • Alan Sheppard Jr. becomes the first American in space • Kennedy meets with Soviet Premier Nikita Khrushchev in Vienna; the conference fails to resolve the conflict over the status of Berlin • In August East Germany, supported by the Soviet Union, begins construction of the Berlin Wall, halting the flow of refugees to the West • The world population in millions totals 660 in China, 435 in India, 209 in the U.S.S.R., 179 in the U.S., 95 in Japan, and 53 in Great Britain • 1962: The Geneva Conference, with the U.S., Soviet Union, and the United Kingdom participating, adjourns without reaching an agreement on a nuclear test ban • Kennedy halts virtually all trade with Cuba • The U.S. Supreme Court rules that segregation in transportation facilities is unconstitutional • Astronaut John Glenn becomes the first American to orbit the earth • Kennedy announces the reduction of U.S. import duties as part of an agreement to promote international trade • In September the U.S. Supreme Court orders the University of Mississippi to admit James H. Meredith, its first African-American student • After Governor Ross Barnett attempts to block the admission, U.S. Marshals escort Meredith to campus while federalized national guardsmen maintain order • Kennedy is informed of the existence of Soviet missile installations in Cuba • After thirteen days, the Cuban Missile Crisis is resolved • Ken Kesey’s novel One Flew Over the Cuckoo’s Nest is published • The Second Vatican Council opens in Rome • Shostakovich finishes Symphony No. 12 • 1963: The Supreme Court rules in Gideon v. Wainwright that states must supply counsel in criminal cases for individuals who cannot afford it • Martin Luther King Jr. leads a civil rights drive in Birmingham, Alabama; the police use fire hoses and dogs on demonstrators • In June Medgar W. Evers, NAACP field secretary for Mississippi, is assassinated outside his home in Jackson • The March on Washington attracts 250,000 demonstrators to the nation’s capital in support of civil rights legislation • At the Lincoln Memorial, Martin Luther King Jr. delivers his “I Have a Dream” speech • In September four young African-American girls are killed in the bombing of a church in Birmingham, Alabama • Kennedy signs a limited nuclear test-ban treaty with the Soviet Union and the United Kingdom • Leonardo da Vinci’s Mona Lisa is exhibited in New York and Washington, D.C. • Folk singers Joan Baez and Bob Dylan are extremely popular • Dr. Michael De Bakey first uses an artificial heart to circulate a patient’s blood during heart surgery

Kennedy served in the Navy during World War II. In August 1943 he was commanding a torpedo boat in the South Pacific, which was rammed and destroyed by a Japanese destroyer. He was valorized for his heroic efforts to save his crew following the attack by helping to maintain their morale and also guiding them to safety on an island three miles away. In their escape to the island, Kennedy is credited with saving the life of one wounded man by gripping his life jacket in his teeth and towing him to the island. The men survived several days on the island without much food and water before they were rescued. Later when Kennedy was president, a high school boy asked him how he had become a war hero. Kennedy humbly replied, “It was absolutely involuntary. They sank my boat.”

In 1955 Kennedy had back surgery and spent his time recuperating writing a book about political courage titled Profiles in Courage. The book was awarded the Pulitzer Prize in history in 1957. In the book Kennedy wrote about the careers of eight senators whom he believed had shown great courage under enormous pressure from their parties and their constituents. The senators he profiled are John Quincy Adams, Daniel Webster, Thomas Hart Benton, Sam Houston, Edmund G. Ross, Lucius Lamar, George Norris, and Robert A. Taft.

Established to advance the legacy of Kennedy’s life and career, the museum houses many themed exhibits, extensive documents, and audiovisual and documentary holdings for research and educational purposes.

Birthplace of President Kennedy, this home was been restored with many Kennedy family furnishings and household items. Also in the neighborhood are the Naples Road Residence (a private home, not open to the public), St. Aidan’s Catholic Church, and the Dexter School (known as the Edward Devotion School when Kennedy and his brother were students there.)

Located on the sixth floor of the former Texas Book Repository, this museum is devoted to the assassination of John F. Kennedy. 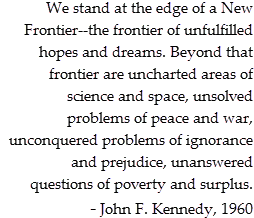