Jon Scieszka was born in Flint, Michigan on September 8, 1954. It was a Wednesday. Right around lunchtime.

He is the second-oldest, and nicest, of six Scieszka boys. No girls.

His mother, Shirley, worked as a registered nurse.

His dad, Louis, was an elementary school principal at Freeman Elementary.

His dad’s parents, Michael and Anna, came to America from Poland. “Scieszka” is a word in Polish. It means “path.”

Jon went to Culver Military Academy for high school. He had some spectacular teachers there, and became Lieutenant Scieszka.

Jon thought about being a doctor and studied both Science and English at Albion College in Albion, Michigan. He graduated in 1976, lived in Detroit, then moved to Brooklyn, NY to write instead. He earned his MFA in Fiction from Columbia University in New York in 1980, then painted apartments.

Not knowing what he was getting into, Jon applied for a teaching job at an elementary school called The Day School in New York City. He started as a 1st grade Assistant Teacher, graduated to teaching 2nd grade, taught 3rd and 4th grade Math, 5th grade History, and then some 6th, 7th and 8th grade.

Teaching school, Jon re-discovered how smart kids are, and found the best audience for the weird and funny stories he had always liked to read and write. He took a year off from teaching to write stories for kids. He sent these stories around to many publishers, and got rejected by all of them. He kept painting apartments and writing stories.

Through his wife Jeri, who was working in NY as a magazine art director, he met a funny guy named Lane Smith. Lane was painting illustrations for magazine articles, and working on his first children’s book. Jon gave Lane his story—A. Wolf’s Tale. Lane loved it. Lane drew a few illustrations for the story and took it to show many publishers. He got rejected by all of them. “Too dark,” they said. “Too sophisticated,” they said. “Don’t ever come back here, okay?” they said.

Jon and Lane liked A. Wolf’s Tale. They kept showing it around. They kept getting rejected. Finally, Regina Hayes, an editor at Viking Books said she thought the story and the illustrations were funny. She said she would publish the book. And she did, in 1989, with the title changed to: The True Story of the 3 Little Pigs!.

3 Pigs! has now sold over 3 million copies and has been translated into 14 different languages. Over the last 19 years, Jon and Lane have worked together on 8 picture books and 8 Time Warps. Lane’s wife Molly Leach has designed all of their picture books.

Jon’s books have won a whole mess of awards, and sold over 11 million copies all around the world.

Jon is now working on a giant pre-school publishing program called Trucktown. It’s a world where all of the characters are trucks. And all of the trucks act like real preschoolers—loud and crazy and wild and funny.

Jon still lives in Brooklyn with his wife Jeri. They have two children: a daughter Casey, and son Jake.

Jon Scieszka is crazy about presidents. He has toy figures of all of the presidents up to JFK. He has cooked recipes from The First Ladies Cookbook.  And he thought about naming his children James K. Polk and Millard Fillmore. 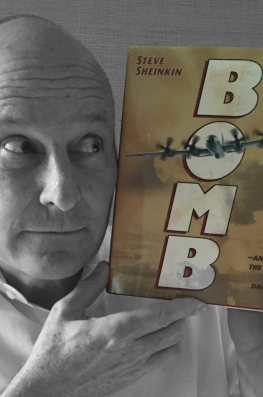 Author Jon Scieszka recommends Bomb by Steve Sheinkin (Roaring Brook Press, 2012) as a Great Read for ages 10 and up. Check out more Great Reads on thencbla.org.