Biden’s parents were Joseph Robinette Biden, Sr. and Catherine Eugenia Biden. Biden is the oldest of four siblings. He married Jill Jacobs in 1977. Biden is father to four children, two of whom are deceased. His daughter Naomi died in a car accident with Biden’s first wife in 1972, and his son Joseph “Beau” R. Biden III died in 2015 following a battle with brain cancer. Biden’s two surviving children include his son Robert Hunter Biden from his first marriage and his daughter Ashley Blazer Biden from his marriage to Jill Biden. The president and first lady have seven grandchildren.

Joe Biden is perhaps the most experienced public servant ever to become president of the United States. Biden served as vice president with President Obama for two terms (2009-2017), and the two worked collaboratively on issues both at home and around the globe. The administration’s first major achievement was passage of the Recovery Act, signed into law in February 2009 and designed to stimulate the economy in the wake of the Great Recession, which had begun in 2007. Biden also assisted Obama in promoting and passing the Affordable Care Act, which expanded healthcare coverage to millions of Americans. Previously, Biden served the state of Delaware as senator for 36 years. As a senator, Biden helped to write the Violence Against Women Act. He also served as chairman and a ranking member of the Senate Foreign Relations Committee, work that enabled him to confront terrorism and address issues regarding foreign policy.

The 2020 presidential election attracted a record number of voters. Over 159,633,000 Americans cast their votes. Joe Biden won 51.3% of the votes with over 81 million votes to be elected president, beating the incumbent President Donald Trump by over 7 million votes.

Joe Biden was inaugurated as 46th president of the United States in one of the darkest moments in modern history. The year 2021 began with the country suffering from the COVID-19 pandemic (a public health crisis that has claimed the lives of over 420,000 Americans), as well a toxic political divide that gave rise to a violent riot at the U.S. Capitol on January 6, 2021.

Despite these national threats, Biden has hit the ground running with an aggressive agenda aimed at addressing the pandemic, economy, environment and climate change, immigration, equality issues, ethics rules, and domestic terrorism. Within his first week as president, Biden signed over 30 executive orders. He has also worked with Congress to secure confirmation of his cabinet and to provide immediate relief as the pandemic continues to wreak havoc not only on public health, but also on the economy. “Time is of the essence,” Biden stated regarding his $1.9 trillion coronavirus relief proposal.

“My fellow Americans—The people of this nation have spoken. They have delivered us a clear victory. A convincing victory. A victory for ‘We the People.’ We have won with the most votes ever cast for a presidential ticket in the history of this nation—81 million. I am humbled by the trust and confidence you have placed in me. I pledge to be a President who seeks not to divide, but to unify. Who doesn’t see Red and Blue states, but a United States. And who will work with all my heart to win the confidence of the whole people. For that is what America is about: The people. And that is what our Administration will be about. I sought this office to restore the soul of America. To rebuild the backbone of the nation—the middle class. To make America respected around the world again and to unite us here at home. It is the honor of my lifetime that so many millions of Americans have voted for this vision. And now the work of making this vision real is the task of our time.” (Acceptance Speech in Wilmington, Delaware on November 7, 2020)

“Together, we shall write an American story of hope, not fear. Of unity, not division. Of light, not darkness. An American story of decency and dignity. Of love and of healing. Of greatness and of goodness. May this be the story that guides us. The story that inspires us. The story that tells ages yet to come that we answered the call of history. We met the moment. That democracy and hope, truth and justice, did not die on our watch but thrived. That our America secured liberty at home and stood once again as a beacon to the world. That is what we owe our forebearers, one another, and generations to follow. So, with purpose and resolve we turn to the tasks of our time. Sustained by faith. Driven by conviction. And, devoted to one another and to this country we love with all our hearts. May God bless America and may God protect our troops. Thank you, America.” (Inaugural Address in Washington, D.C. on January 20, 2021)

The Bidens have two German shepherds, Champ and Major. Although many presidents have had pets, Major is the first rescue dog to call the White House home. (Read more about presidential pets in “Lions and Tigers and Bears, Oh My! Wild Animals at the White House” and “Presidential Menageries: George Washington, Hound Dogs, and Super Mules,” both on this website.)

The president was a halfback and wide receiver on his high school football team.

Biden loves poetry, especially the work of Irish poets Seamus Heaney and William Butler Yeats. In fact, he often includes lines from their poems in his speeches. When he was a teenager, Biden recited Yeats’ poetry to help control his stutter. Biden has acknowledged that his colleagues tease him about his penchant for quoting Irish poets, stating, “They think I do it because I’m Irish. I do it because they’re the best poets.” Biden’s love of poetry was showcased during his inauguration. Upon the suggestion of his wife Dr. Jill Biden, the ceremony featured a poetry recitation by youth poet laureate Amanda Gorman. And during the virtual inaugural celebration, Lin-Manuel Miranda recited Biden’s favorite poem “The Cure at Troy” by Seamus Heaney. (Watch Amanda Gorman recite “The Hill We Climb” and learn about other inaugural poets on this site here.)

One could say the phrase “the third time is the charm” applies to Joe Biden. Biden ran for president a total of three times and won on his third attempt. He launched his first presidential campaign in June 1987 and his second campaign in 2008. After receiving disappointing numbers in the Iowa Democratic caucuses during the second campaign, Biden dropped out of the race and was later asked by Barack Obama to be his running mate.

History.com/topics/us-presidents/joe-biden
Extensive essay about Joe Biden’s years of public service, including his 2020 campaign for president. 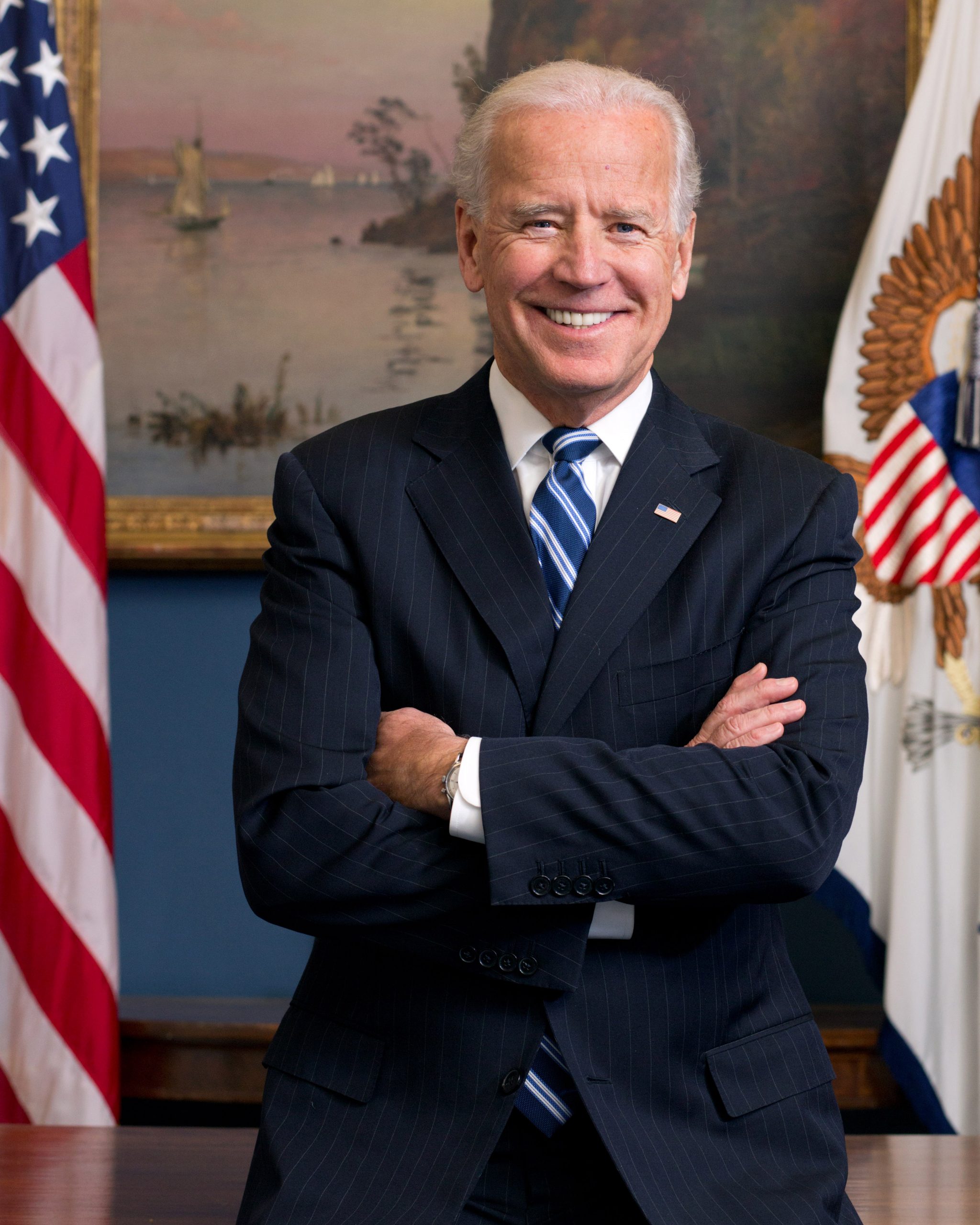