When Kathleen Krull is asked who her favorite President is, she says, “Eleanor Roosevelt.” The award-winning author of biography and nonfiction for young readers, Kathleen is known particularly for her “Lives of” series (Harcourt). Her picture books include Wilma Unlimited (Harcourt), Pocahontas (Walker), The Boy on Fairfield Street (Random), and Harvesting Hope (Harcourt). Her well-received series, Giants of Science (Penguin), profiles individual scientists such as Isaac Newton, Marie Curie, and Albert Einstein. Several of her books have direct connections to the White House: Lives of the Presidents: Fame, Shame, and What the Neighbors Thought (Harcourt); A Kids’ Guide to America’s Bill of Rights: Curfews, Censorship, and the 100-Pound Giant (HarperCollins); and A Woman for President: The Story of Victoria Woodhull (Walker).

She highly recommends touring the White House. She probably did this as part of the trip her eighth-grade class from St. Joseph’s took to Washington, but she has a much better memory of her tour in 2004, when she was in Washington to speak at the National Book Festival. She is married to children’s book illustrator Paul Brewer, who has illustrated two of her books. From their home in San Diego, California, they have also collaborated on the text for 2008’s most unusual title, Fartiste (Simon & Schuster), a biography illustrated by Boris Kulikov.

The Beatles Were Fab (and They Were Funny), written with Paul Brewer, illustrated by Stacy Innerst (HMH Books for Young Readers)

Lives of the Scientists: Experiments, Explosions (and What the Neighbors Thought), illustrated by Kathryn Hewitt (HMH Books for Young Readers)

What Was the Boston Tea Party?, illustrated by Lauren Mortimer and James Bennett (Grosset & Dunlap)

What Was the March on Washington?, illustrated by Tim Tomkinson(Grosset & Dunlap)

Pocahontas: Princess of the New World, with paintings by David Diaz (Walker) 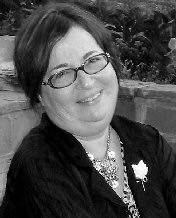