M. T. Anderson has written stories for adults, picture books for children, adventure novels for young readers, and several books for older readers (both teens and adults). His satirical book Feed was a Finalist for the National Book Award and was the winner of the L.A. Times Book Prize. The first volume of his Octavian Nothing saga won the National Book Award and the Boston Globe-Horn Book Prize. Both the first and second volumes of that two-part series were Printz Honor Books. He has published stories for adults in literary journals like The Northwest Review, The Colorado Review, and Conjunctions.

M. T. Anderson is a member of the Honorary Board of the NCBLA.

Be sure to check out Anderson’s books Symphony for the City of the Dead: Dmitri Shostakovich and the Siege of Leningrad (Candlewick, 2015), Feed (Candlewick, 2002), and Whales on Stilts (Harcourt, 2005). 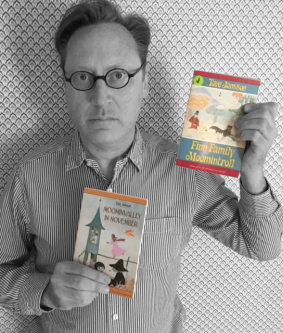