Van Buren was a firm believer in the benefits of a two-party system in American politics and is credited with establishing the Democratic Party. Insistent that political parties served a valuable purpose by enabling Americans to voice political differences, Van Buren noted that parties could “rouse the public to exertion, excite a salutary vigilance over our public functionaries, and prevent that apathy which has proved the ruin of Republics.”

When Van Buren entered office, the country was prosperous, but less than two weeks after his inauguration a financial panic struck when banks began to restrict credit and demand that loans be repaid as an attempt to curb increasingly riskier land speculation. This economic crisis later became known as the Panic of 1837. The Panic swept the U.S. into the worst depression it had ever experienced. As a result, hundreds of banks and businesses failed, and thousands of people lost their land. The country’s cyclical “boom and bust” economy was partially to blame for the panic, as well as Jackson’s destruction of the national bank. Rather than institute a new national bank, Van Buren proposed that an independent Treasury be created and he succeeded in uniting even his critics in this plan. His long-term vision for the Treasury was sound; however, it was not an adequate short-term solution, and for the next several years, the economy sank even deeper into a depression.

Upon taking office following Jackson, Van Buren stated, “I cannot expect to perform the task with equal ability and success.” (1837)

Regarding political parties, Van Buren stated, “Political parties are inseparable from free governments and are highly useful to the country. . . Doubtless excesses frequently attend them and produce many evils, but not so many as are prevented by the maintenance of the organization and vigilance. The disposition to abuse power, so deeply planted in the human heart, can by no other means be more effectually checked; and it has always therefore struck me as more honorable and manly . . . to recognize their necessity, to give them the credit they deserve.”

“As to the Presidency, the two happiest days of my life were those of my entrance upon the office and my surrender of it.”

1839: Charles Goodyear discovers the process of “vulcanization,” facilitating the commercial use of rubber • Abner Doubleday creates the first baseball field and conducts the first baseball game ever played at Cooperstown, New York • 1840: The game of ninepins reaches peak popularity in the U.S.

Van Buren was the first president to be born an American citizen. All preceding presidents had been born British.

Though Van Buren lost his bid for reelection, he personally welcomed his successor, William Henry Harrison, to the White House and entertained him in a courteous spirit. Van Buren was the first president to welcome a successor from the opposing party.

President Van Buren bought the estate he named Lindenwald in 1839 and lived there until his death in 1862.

A significant example of early-American original architecture, this house has been the home of many of America’s leaders, including Martin Van Buren. 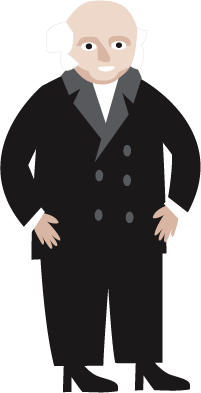 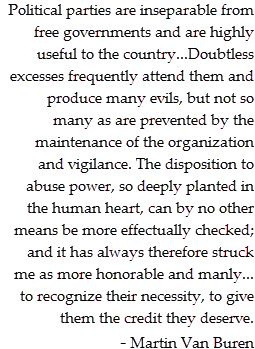