Matt Tavares was born in Boston, and grew up surrounded by books and reading. From the time he was very young, his mother read to him every night, and his family made countless trips to the public library. Years later, as a studio art major at Bates College, he rediscovered his love for picture books, and decided to try to make his own.

Since then, Matt has published fifteen more books and has won several awards, including three Parents’ Choice Gold Awards, six Oppenheim Gold Seal Awards, and an International Reading Association Children’s Book Award. His books have also garnered starred reviews in Publisher’s Weekly, The Horn Book Magazine, School Library Journal, Booklist, and Kirkus Reviews. His artwork has been exhibited at the Museum of American Illustration, the Brandywine River Museum, and the Mazza Museum of Picture Book Art.

When Matt’s not working in his studio on his latest book project, he travels the country speaking (and drawing) at schools, libraries, conferences, and bookstores. He has presented at the Smithsonian American Art Museum, the Eric Carle Museum, the White House Easter Egg Roll, and he’s even done a few book signings at Fenway Park.

Matt lives in Maine with his wife, Sarah, and their two daughters.

Growing Up Pedro: How the Martinez Brothers Made It from the Dominican Republic All the Way to the Major Leagues (Candlewick Press)

‘Twas the Night Before Christmas, written by Anonymous (Candlewick Press)

Jack and the Beanstalk, retold by E. Nesbit (Candlewick Press) 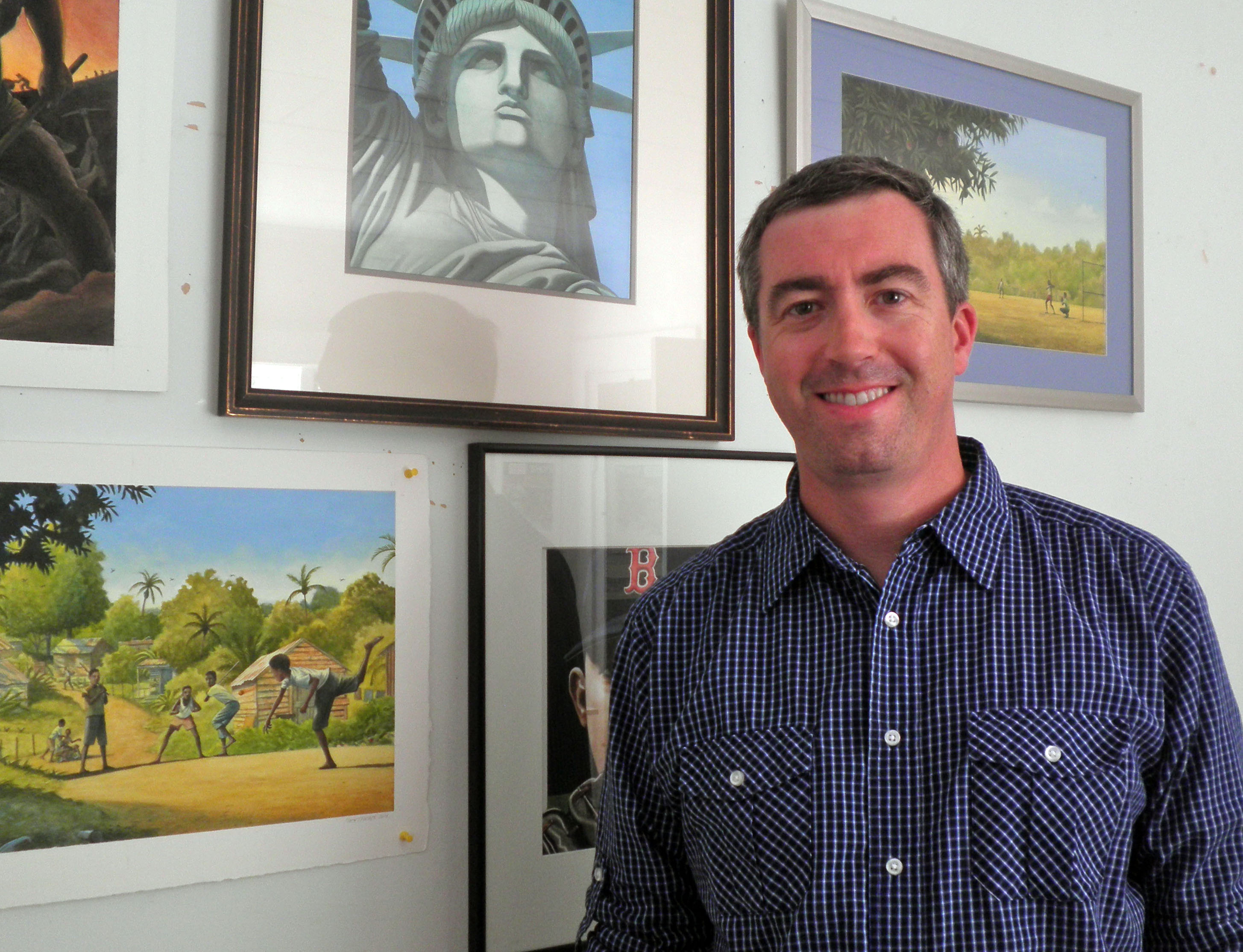