Megan McDonald is the author of the New York Times best-selling Judy Moody series, as well as the book series about Judy Moody’s little brother, Stink, and the related series Judy Moody and Friends (all Candlewick). Megan McDonald grew up as the youngest of five sisters in Pittsburgh, Pennsylvania, and now lives with her husband in Sebastopol, California, with two dogs, two adopted horses, and fifteen wild turkeys that like to hang out on their back porch.

Stink and the Attack of the Slime Mold, illustrated by Peter H. Reynolds (Candlewick) 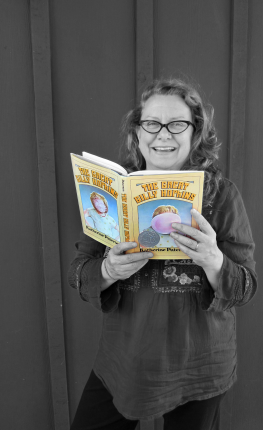