Nonfiction author Milton Meltzer wrote more than one hundred books for young people and adults—mostly history and biography (including those of four presidents:  Washington, Jefferson, Teddy Roosevelt, and Jackson); but odd topics, too, such as memory, altruism, pacifism, the potato, food, gold, the horse, and many more.

Mr. Meltzer received two awards honoring him for his lifetime body of work:  the American Library Association’s Laura Ingalls Wilder Award and the Catholic Library Association’s Regina Medal. Five of his books have been finalists for the National Book Award. He has won the Carter G. Woodson, Christopher, Jane Addams, Jefferson Cup, Olive Branch, and Golden Kite Awards. His titles frequently appeared on the “Best Books of the Year” lists of the American Library Association, the National Council for the Social Studies, the National Council of Teachers of English, and the New York Times. He was a member of the Authors Guild, American PEN, and the Organization of American Historians.

Lincoln: In His Own Words, edited by Milton Meltzer and illustrated by Stephen Alcorn (Sandpiper)

Hunted Like a Wolf: The Story of the Seminole War (Pineapple Press) 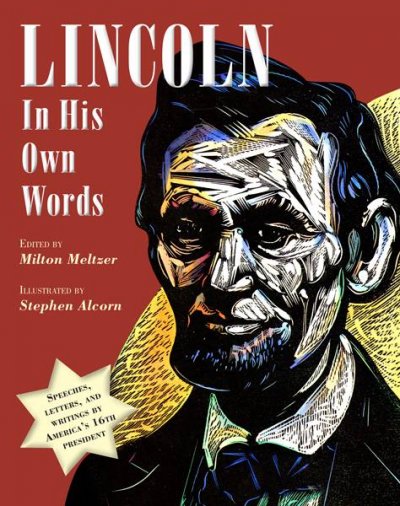