Presidents Are People Too!

*This article is intended for young people in grades 4-6. Adults may print copies for students to read to themselves or in small groups.

What does it take to be president of the United States? Do you have to be brilliant? Well-dressed? Good looking? It’s true that our presidents might be many of these things, but there is one thing they are not: perfect.

Presidents are people, just like you. They make mistakes and embarrass themselves. They have quirks and flaws. Sometimes these traits are what make them caring human beings or give them the understanding necessary to lead a country. If you get to know your presidents, you might find you have something in common.

George Washington (1st President, 1789-1797) started losing his permanent teeth at age 22 and had only one tooth by the time he was president. He used dental powder daily, but was constantly plagued with toothaches and dental problems. Some historians think this may have been caused by the medical remedies used to treat his malaria or small pox. Washington had false teeth made from many different materials, including an elephant tusk and a hippopotamus bone. He was embarrassed by his teeth, and most portraits show him with his mouth closed, looking serious. He would not take his false teeth out at the dinner table, which was the custom at that time. Washington did his best to protect his beloved horses from the same fate by making sure their teeth were brushed regularly.

Thomas Jefferson (3rd President, 1801-1809) greeted guests in his comfortable farmer clothes and slippers. Many were taken aback by his laid-back style, but it conformed to the simple tone of equality he wished to represent. He wanted the people to relate to him as one of them. Instead of presidential balls and state dinners, he chose to have more intimate, informal parties. Instead of bowing, he shook people’s hands. While Jefferson was casual about his clothes and social etiquette, he was meticulous in his work. He kept detailed written records and observations. He is best known for writing the Declaration of Independence.

John Quincy Adams (6th President, 1825-1829) enjoyed skinny-dipping. When he was president, the Federal City was mostly woods and fields without a lot of people. President Adams loved to go for a refreshing swim in the Potomac River every morning if the weather was good. Since there weren’t really bathing suits back then, he’d strip off his clothes and leave them on the riverbank while he took his morning dip. One morning a reporter followed him to the river and sat on his clothes. The president had no choice but to answer her questions!

Andrew Jackson (7th President, 1829-1837) often misspelled and misused words. Jackson was born poor in a log cabin. His informal education was cut short at age 13 when he fought in the Revolutionary War. He was captured and survived being a prisoner of war. Despite his lack of education, he became a teacher for a short time and later a lawyer. He valued education and sought out the finest schools for his adopted nephew and the other children he took into his home.

Andrew Johnson (17th President, 1865-1869) grew up extremely poor and was not able to read or write until he was an adult. He never attended a day of school. His father died when he was three. Although he chopped wood and helped his mother with chores, they could barely survive. So when Johnson was 13, his mother apprenticed him to the town tailor. By law, he had to work long hours for his master in exchange for food and lodging. Under the arrangement, Johnson would be free at age 21. He loved listening to books and speeches while he was busy at work. With some help from others, he taught himself to read, and eventually his wife taught him how to write and do arithmetic.

Theodore Roosevelt (26th President, 1901-1913) loved to play. He had six children and always made time for them. He liked to tell them stories about the Wild West or read from one of his favorite books, The Wind in the Willows by Kenneth Grahame. They set up obstacle races down the White House halls, played hide and go seek, and had “bear” fights. Roosevelt wrote about one night when, Archie and Quentin attacked him “with shrieks and chuckles of delight and then the pillow fight raged up and down the hall.”

Calvin Coolidge (30th President, 1923-1929) was so shy he was nicknamed “Silent Cal.” Despite his reputation for being quiet, he had a good sense of humor. A dinner guest once bet she could get President Coolidge to say more than two words. When Coolidge found out, he responded, “You lose.” He also had a playful side to his personality; wearing a cowboy hat, he loved to ride his mechanical horse every day.

Herbert Hoover (31st President, 1929-1933) loved to play every day with his medicine ball—a heavy ball the size of a basketball. To ensure he got enough exercise, he and his doctor invented “Hoover-ball,” a cross between volleyball and tennis using a six pound medicine ball. His cabinet members and other advisors would join him for a game on the south lawn of the White House at seven a.m. sharp. They became known as “the Medicine Ball Cabinet” and played every morning, except Sundays, even in the snow, wind, and rain.

Harry Truman (33rd President, 1945-1953) admitted he was a “a sissy” as a child. He said, “If there was any danger of getting into a fight, I always ran.” His poor vision and glasses prevented him from playing sports. His mother forbade him from roughhousing, so he spent most of his free time playing the piano and reading history books. Truman experienced his first combat when he fought in World War I. There he impressed many with his courage and his ability to lead. He called upon these strengths in 1945, when President Franklin Delano Roosevelt died, and Truman was thrust into the presidency

Ronald Reagan (40th President, 1981-1989) loved humor, especially the comics. Every morning before reading the serious news of the day, he’d read the comics. Spiderman was his favorite. President Reagan’s great sense of humor and clever punch lines helped him out of many difficult situations. When asked during a presidential debate in 1984 whether at his age (73) he could handle the lack of sleep, he replied with a grin, “I will not make age an issue of this campaign. I am not going to exploit, for political purposes, my opponent’s youth and inexperience.”

William Clinton (42nd President, 1993-2001) was crazy about junk food. During his presidency he often consumed cookies, pies, tacos, and McDonald’s hamburgers. This was a contributing factor to his heart problems; in 2004 he underwent heart surgery. With the help of his daughter Chelsea, whom he always considered his “most important job,” he now eats a healthy, plant-based diet.

The president of the United States holds the highest position in America, and with that title comes a lot of respect and high expectations. But presidents are people too. They have flaws and quirks, just like you. These character traits are part of what makes them interesting, well-rounded people. So just because you have trouble spelling or like to play silly games, don’t rule out being a leader—you could be president some day!

Activity Suggestions for Young People in the Classroom

Play the game of Jeopardy. Assign each student a president and have him or her come up with two questions and answers using Jeopardy format (e.g. Q: The teddy bear was named after this 26th president; A: Who is Theodore “Teddy” Roosevelt). One question should be a fun fact. Students may refer to “The Presidential Fact Files” as a resource. Divide the class into teams and play Jeopardy

Krull, Kathleen. Lives of the Presidents, Fame, Shame (and What the Neighbors Thought), New York: Harcourt Brace & Company, 1998. (For grade 4 and up)

O’Brien, Cormac. Secret Lives of the U.S. Presidents: What Your Teachers Never Told You about the Men of the White House.Philadelphia: Quirk Books, 2004. (Adult book suitable for high school students)

“Thomas Jefferson: The Revolution of 1800.”
www.pbs.org/newshour/spc/inauguration2005/lesson_jefferson.html 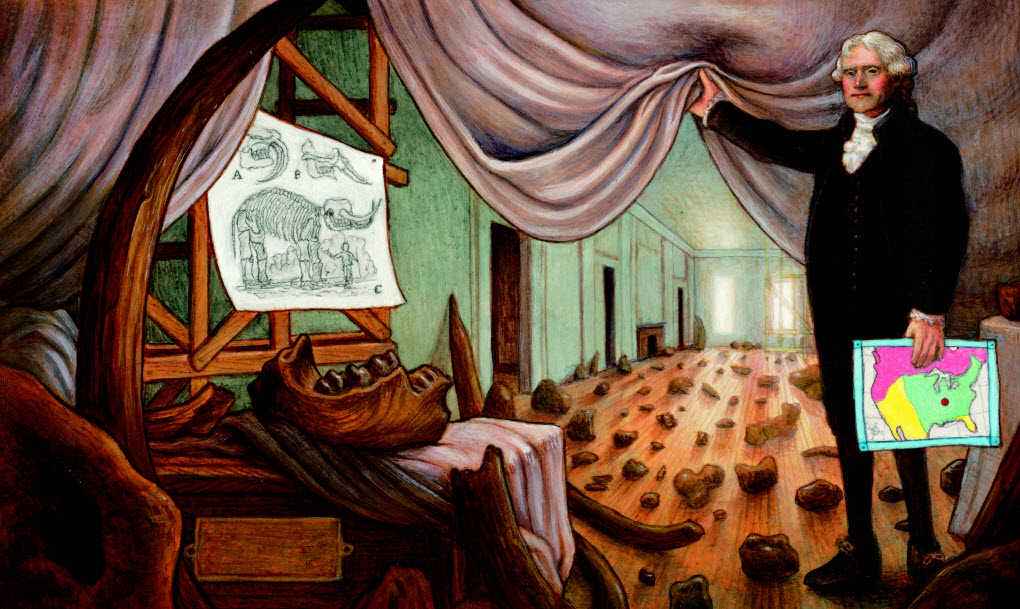