With the nation distressed over a poor economy and the drawn-out hostage crisis, Reagan’s idealism and confident pledge to restore “the great, confident roar of American progress and growth and optimism” stirred voters’ hearts. Reagan won by a huge margin and became the oldest person to be elected president. He was 69.

Reagan worked with Congress to create legislation that stimulated economic growth, helped control inflation, added jobs, and strengthened national defense. Reagan’s economic policies centered on supporting business and cutting taxes. His philosophy, which suggested that prosperity would “trickle down” to all levels of society, came to be known as “Reaganomics.” By the end of his presidency, the U.S. was enjoying its longest period of peacetime prosperity without recession or depression. However, the economic stability had been bought at a cost. The national debt had increased from approximately $900 billion to more than $2 trillion. The U.S. was no longer the world’s leading creditor, but now the world’s leading debtor.

Reagan maintained that peace could be attained through military strength. He increased defense spending considerably and attempted to modernize national defense through the Strategic Defense Initiative, a complex, antimissile space shield to protect against nuclear attacks. Many referred to the SDI project as “Star Wars.”

During his second term, Reagan met with Soviet leader Mikhail Gorbachev. Not only did Reagan manage to improve relations, he also negotiated a treaty to eliminate almost 2,700 intermediate-range nuclear missiles. Reducing the number of nuclear weapons was a first for any president and a significant achievement. Many also believe that Reagan’s diplomacy led to the end of the Cold War and helped trigger the collapse of the Soviet Union.

One particularly damaging scandal did break during Reagan’s administration––the Iran Contra affair. In November 1986 the National Security Council had secretly and illegally sold weapons to Iran in an attempt to free American citizens who were being held hostage in Lebanon. The scandal deepened when it was revealed that the money made from the arms sales (between $10 and $30 million) had been diverted to anticommunist “contras” in Nicaragua, which was also an illegal act. Reagan denied any knowledge of these actions.

In his first Inaugural Address, Reagan confidently assured the nation “to believe that together with God’s help we can and will resolve the problems which now confront us. And, after all, why shouldn’t we believe that? We are Americans.” (January 20, 1981)

Reagan famously spoke directly to the people of West Berlin at the Brandenburg Gate, though his words were also audible on the East side of the Berlin wall: “General Secretary Gorbachev, if you seek peace, if you seek prosperity for the Soviet Union and Eastern Europe, if you seek liberalization: Come here to this gate! Mr. Gorbachev, open this gate! Mr. Gorbachev, tear down this wall! I understand the fear of war and the pain of division that afflict this continent––and I pledge to you my country’s efforts to help overcome these burdens. To be sure, we in the West must resist Soviet expansion. So we must maintain defenses of unassailable strength. Yet we seek peace; so we must strive to reduce arms on both sides.” (June 12, 1987)

1981: Iran releases 52 American hostages that have been held since November 1979 on January 20 • In March Reagan sends his budget proposal for fiscal year 1982 to Congress, which calls for spending $695.3 billion with a projected deficit of $45 billion • His proposal includes funding cuts for 200 programs in addition to those cuts already proposed by President Carter • On March 30 Reagan is shot in the chest by John Hinckley, Jr. • Reagan lifts a grain embargo imposed on the Soviet Union by President Carter • Reagan nominates Sandra Day O’Connor to the Supreme Court; she becomes the first woman to sit on the Supreme Court • Reagan orders the dismissal of 13,000 striking air traffic controllers, stating that the strike violates federal law • In August Reagan signs the tax cut into law • Reagan declares that the U.S. will produce the B-1 bomber and MX missiles as part of military buildup • Reagan imposes economic sanctions on Poland following that government’s imposition of martial law • The new musical Cats, based on poems by T. S. Eliot, becomes a surprise hit in London • The Houston Grand Opera premieres new operas by Philip Glass and Carlisle Floyd • The first U.S. space shuttle Columbia successfully completes its maiden flight • Scientists identify AIDS • Prince Charles and Lady Diana Spencer are married in St. Paul’s Cathedral • 1982: Reagan calls for a “New Federalism” in his State of the Union address, advocating less federal spending and more state initiatives to solve social and economic problems • In June Reagan becomes the first U.S. President to address the combined Houses of Parliament • Reagan visits West Berlin • Reagan establishes the President’s Private Sector Survey on Cost Control through Executive Order 12369 • In September Reagan signs the Tax Equity & Fiscal Responsibility Act (ERTA) • The newspaper USA Today is published for the first time • Thomas Keneally’s documentary novel about the Holocaust, Schindler’s List, wins the Booker Prize • Lethal injection is used as an execution method (in Texas) for the first time • 1983: Reagan signs into law a 5 cents per gallon gasoline tax increase • In his State of the Union address, Reagan calls for a freeze on domestic spending and increases in military outlays • Reagan urges development of the Strategic Defense Initiative (SDI) • Reagan signs the Social Security Reform Bill into law • In April the U.S. GNP shows dramatic growth for the first quarter of 1983, signaling the end of the recession • U.S. troops invade Granada to oust Cuban forces • Hill Street Blues receives the Emmy Award for the best television dramatic series • 1984: Reagan signs scientific and cultural exchange accords with the Beijing leadership while visiting China • Seamus Heaney publishes his poetry collection Station Island • The Motion Picture Association of America creates the PG-13 rating • Pop singer Michael Jackson wins an unprecedented eight Grammy Awards for his album Thriller, which sells over 37 million copies • The Apple Macintosh microcomputer with a mouse is introduced • A silicon microchip that stores four times more data than thought possible is created • NASA reports that almost 1,500 spacecraft and satellites are in space, as well as thousands of pieces of debris • 1985: The farm credit crises pose a serious threat to U.S. agriculture • The Reagan administration announces limited economic sanctions against South Africa after the South African government declares martial law • In November Reagan and Soviet Premier Mikhail Gorbachev hold a summit meeting in Geneva, Switzerland • It is the first such meeting between U.S and Soviet heads of state since 1979 • Reagan signs the Gramm-Rudman deficit reduction bill • The Live Aid Rock Concerts in London and Philadelphia, at which the artists play without pay, raise over $60 million for African famine relief • 1986: In October Reagan and Gorbachev meet in Reykjavik, Iceland. Reagan signs a revision of the tax code into law • In November the White House informs Congress that the U.S. secretly sold arms to Iran in violation of federal laws that prohibit arms deals with Iran • The Tower Commission is appointed to investigate the Iran-Contra affair • Reagan forgoes any claim of executive privilege and orders his administration to cooperate fully with the investigation • Robert Penn Warren is appointed the first official Poet Laureate of the U.S. • The space shuttle Challenger explodes on take-off and kills all seven crew members • Over 25,000 AIDS cases are diagnosed in the U.S. • The world’s worst nuclear accident occurs when a reactor blows up at Chernobyl Power Station in Kiev, U.S.S.R. • Greg Lemond becomes the first American to win the Tour de France • 1987: Reagan announces the nation’s first trillion dollar budget • Congress overrides Reagan’s veto of the Water Quality Control Act • Reagan visits Berlin in honor of the 750th anniversary of its founding and appeals to Gorbachev to tear down the Berlin Wall • The Tower Commission (which was appointed by Reagan to investigate the allegations that the administration had sold arms to Iran and then funneled the money to Nicaraguan contras) releases its report, finding no criminal wrongdoing on the part of the White House, but remaining critical of the administration nonetheless • Gorbachev and Reagan meet in Washington, D.C., and sign the Intermediate Range Nuclear Forces Treaty • The five billionth child of the world is born • 1988: The administration prohibits federally funded family-planning centers from providing assistance to women seeking abortions • Canada and the U.S. sign a comprehensive free-trade agreement • May 29-June 1: Reagan visits the Soviet Union for the first time • Toni Morrison’s novel Beloved is awarded the Pulitzer Prize in fiction • The first transatlantic optical fiber telephone cable links France, the U.K., and the U.S.; it can process 40,000 simultaneous conversations • The cocaine derivative, crack, becomes widely available in U.S. cities • A New Jersey jury orders a tobacco company to pay $400,000 to a man whose wife died of lung cancer as a result of smoking cigarettes

Reagan was the first actor to become president. He had acted in 53 films before becoming president including Dark Victory, Knute-Rockne––The All American, and Bedtime for Bonzo.

On March 30, 1981, Reagan was shot in an assassination attempt, after which the president quipped, “I forgot to duck!” The bullet entered his left side and became lodged an inch from his heart. He recovered quickly and returned to the White House just 12 days after the shooting.

Housing a comprehensive collection of Ronald Reagan’s papers, photographs, video, audiotapes, and other film archives and related artifacts, the library also features temporary and permanent exhibits such as an exact replica of the Oval Office.

Restored in 1980 to its 1920 appearance, this home was rented by the Reagan family during the president’s childhood and it is the only home mentioned in his autobiography, Where’s the Rest of Me?

Ronald Reagan was born in a second-floor apartment over a bakery. The apartment is open to the public and features furnishings authentic to the 1911 time period, while the adjacent museum features photos and other memorabilia.

Reagan’s birthplace is just one of many stops on the Ronald Reagan Trail, a self-guided driving tour through Illinois.

President Reagan earned his college degree from Eureka College, and the campus museum dedicated to him chronologically exhibits approximately 2,000 items featuring his student life through the presidency. Outside the museum is The Ronald Reagan Peace Garden. 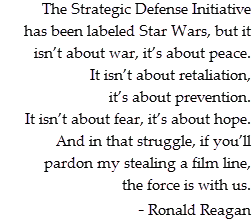