Born in Corpus Christi, Sarah Stewart spent most of her early life in Texas. As a child, her favorite pursuits were digging and daydreaming in her grandmother’s gardens, or reading and writing poetry in a large closet in her parents’ house. Solitude was her best friend, so school was overwhelming. Nevertheless, she fell in love in English class with Blake, Dickinson, and Whitman.

Even after many years in college studying Latin and philosophy, and many moves away from Texas, gardening and writing remain at the center of her life. With the help of Amish neighbors, Sarah has restored the gardens, orchard, and grounds of the historic Michigan home which she shares with her husband, David Small. She still studies Latin every day and one of her most prized possessions is the Oxford English Dictionary. She says, “I am still the same day-dreamy, shy child who, more than anything else wanted to write some sequence of elegant language that would, upon being read, change the world.”

A published poet and lifelong diarist, Sarah is the author of five acclaimed children’s books—The Money Tree (FSG), The Library (FSG), The Gardener (FSG), The Journey (Live Oak), and The Friend (FSG) (all illustrated by David Small). The Library and The Gardener are best sellers, popular with both children and adults.

For The Gardener, one of the most-honored children’s books of 1997, Sarah received the 1997 First Place Juvenile Literary Award from the Friends of American Writers (Chicago). In addition to being named a Caldecott Honor Book for David Small’s illustrations, it earned a Christopher Award, which is given annually to celebrate works of art that affirm the highest values of the human spirit; and was an ABBY (American Booksellers’ Book of the Year) Award Honor Book. It also appeared on the New York Public Library’s One Hundred Titles for Reading and Sharing (1997); the School Library Journal Best Books of the Year; Bulletin of the Center for Children’s Books Blue Ribbon List; was named an American Library Association Notable Children’s Book for 1997; tied for first place for best picture book in Publishers Weekly Cuffies (awards selected annually by booksellers); was named The Elementary School Library Collection “Selectors’ Choice;” and received Vermont’s 1998 Red Clover Children’s Choice Picture Book Award.

Sarah’s fourth book, The Journey (FSG), was chosen one of the best books of 2001 by Publishers Weekly, School Library Journal, and Booklist. It received the Heartland Prize, Children’s Category, from the Great Lakes Booksellers Association and was named a Riverbank Book of Distinction.

Her fifth book, illustrated by David Small, The Friend (FSG) was published in the fall of 2004 and received starred review in Publisher’s Weekly and was named a Publishers Weekly Best Children’s Book of the Year. It was also selected as an IRA-CBC Children’s Choice and named a favorite children’s book for Fall 2004 by Book Sense. In 2012 Stewart and Small published The Quiet Place (Farrar, Straus and Giroux).

Sarah was named recipient of the 2007 Michigan Author Award. The Award, which recognizes an outstanding published body of fiction, nonfiction, poetry, or play script, has been given annually since 1992. A panel of judges representing Michigan librarians and the Michigan Center for the Book determines the recipient based on overall literary merit.

2.   Read the great poetry written in your native language.

4.   If there’s no quiet place where you live, find a place that’s within you for a few minutes each day.

5.   Put your ambition into writing, never into making money. 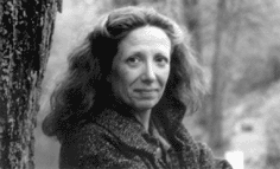