Imagine the United States winning an Olympic gold medal or the beginning of the Super Bowl or the World Series without our national anthem playing proudly.

Hard to imagine isn’t it? Yet, there was a time when our country did not have a national anthem. But, thanks to steps taken by Presidents Woodrow Wilson and Herbert Hoover, the “Star-Spangled Banner” became our nation’s song.

How did this happen?

It began with a poet, a battle, a British drinking song, and a baseball game.

In September 1814, during the War of 1812, the British arrested Dr. William Beanes, an American accused of sending three British soldiers to jail. He was held aboard a British ship stationed off the Baltimore coast.

Francis Scott Key, a well-known lawyer and poet, was asked to secure the doctor’s release. Departing from Baltimore, Key and Colonel Skinner, a U.S. agent in charge of American prisoner exchange, set sail on a small boat in search of the British ship. Flying a flag of truce, they sailed for several days before they spotted and, soon after, boarded it.

Initially, British commanders refused to be swayed by Key’s arguments to free Dr. Beanes. When Key presented letters from wounded British soldiers who had been treated fairly by Dr. Beanes, they relented. Unfortunately, Key, Skinner, and Dr. Beanes had heard about preparations for an upcoming attack while on board. They were not permitted to return to Baltimore and were escorted under guard to their boat.

Early in the morning of September 13, 1814, Key, Skinner, and Dr. Beanes watched from their boat as the British attacked Fort McHenry. Rockets streaked across the sky and cannons boomed. Some time before dawn, the dark skies fell silent. Unknown to the three men, the British had decided to abandon the assault.

As dawn drew nearer and nearer, Key searched for a sign through the clearing smoke. Had Fort McHenry fallen? When daylight finally arrived, the American flag waved gallantly in the breeze. The sight so moved Key that he began writing a poem on the back of a letter retrieved from his pocket. He completed the poem later in his Baltimore hotel room.

The Drinking Song: “To Anacreon in Heaven”

The following morning, Key showed the poem to his brother-in-law, Judge J. H. Nicholson. Nicholson liked the poem so much, he had it printed under the title, “Defense of Fort McHenry,” and distributed it throughout Baltimore. Nicholson also suggested the words be put to the tune of “To Anacreon in Heaven,” a song which was popular in America at the time and happened to be a British drinking song.

In October 1814, a Baltimore actor sang the song at Captain McCauley’s tavern, though he called it the “Star-Spangled Banner.”  It was an immediate success.

Over the years, the “Star-Spangled Banner” grew in popularity. In 1889, the Secretary of the Navy made it the official song for all flag raisings. Later, in 1916, Woodrow Wilson, our twenty-eighth president, boosted its status further. He proclaimed it the national anthem of all the armed forces.

But it was not until the 1918 World Series that the song took hold of America during a game that almost didn’t happen.

America had been involved in World War I for a year. Out of respect for the soldiers, baseball officials wanted to cancel the World Series between the Boston Red Sox and the Chicago Cubs. When it became known, however, that American soldiers fighting in France were eager to know the Series’ results, the games commenced.

To honor these brave men, the officials had the band play the “Star-Spangled Banner” during the seventh-inning stretch of the first game. Comiskey Park in Chicago erupted in song as the spectators and players stood and joined in. Soon it became tradition to play the “Star-Spangled Banner” at all baseball games and, eventually, nearly all sporting events.

Prior to this World Series game, there had been a push to make the song our official anthem. The push gained momentum after the World Series as citizens and legislators worked tirelessly to make it happen. Finally, after twenty years and forty bills and resolutions, it became a reality. In 1931, President Herbert Hoover, our thirty-first president, elevated the song to the highest level. He signed legislation making the “Star-Spangled Banner” the national anthem of the United States of America.

The long journey from a poem written on the back of a letter to our country’s national anthem took 117 years. 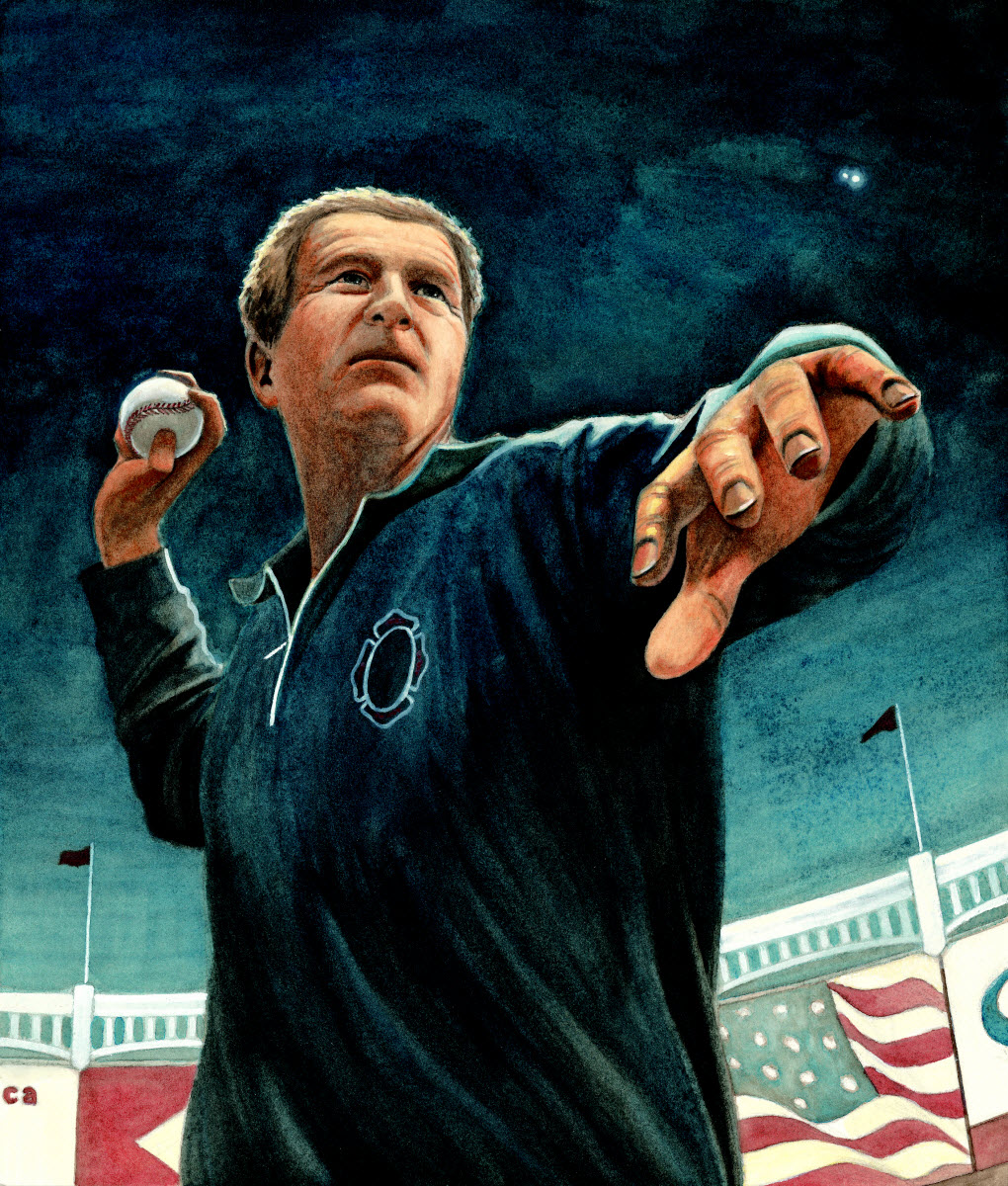