Stephanie S. Tolan’s earliest memories involve books—those that were read to her and those she read to herself, often late at night with a flashlight under the covers. She always thought there was a special magic in the little black marks on paper that could turn into whole worlds and real people. Born in Ohio and raised in Wisconsin, she wrote her first story in the fourth grade. It was thrilling to discover she could make the magic herself, and she decided then and there to be a writer.

Other ambitions came and went, but writing stayed on, and she majored in creative writing at  Purdue University, then went on to a Master’s Degree in English. Marriage and the sudden addition to her life of three young stepsons, and then a son, forced writing into the nooks and crannies, but she wrote poetry and plays for adults as she taught college English. Her husband’s career in professional theatre moved the Tolan family around the country, and writing was a comforting constant. In the mid-seventies, Stephanie began working in the Poets-in-the-Schools program in Pennsylvania. Her first group of students were fourth and fifth graders, and she found among them a new generation of intense readers, still using the flashlight-under-the-covers trick.

“They brought back to me that special reading joy that most adults—even the readers among us—have lost, and I wanted to try my hand at writing for those kids, so like myself at their age and yet so different.”

The difference, she felt, was less in the children themselves than in the fast-changing world they lived in. Her writing for children and young adults, beginning with Grandpa—And Me in 1978, has reflected that contemporary world. Tolan’s suspense novel A Good Courage looks at the dark side of life in a fictional cult/commune. Plague Year is a harrowing story of hatred, fear and harassment in a small town high school, and the violence eventually spreads into the community. With Who’s There? and The Face in the Mirror, Tolan ventures into the spine-tingling realm of the contemporary ghost story. Save Halloween! tells of conflicts faced by Johnna Filkins, daughter of an evangelical Christian minister, when her understanding of democracy collides with her family’s wish to impose their beliefs on their hometown. And Ordinary Miracles revisits the Filkins family, this time following Mark, one of the twin future preachers, who meets a Nobel laureate and must find a way to reconcile his faith with the world of contemporary science.

Tolan’s most recent books: Surviving the Applewhites, a humorous look at a highly creative home-schooling family, was named a Newbery Honor book in 2003. Listen!, the story of a wounded teen’s efforts to bring a wild dog into her life, received the Christopher Award and the Henry Burgh Award from the ASPCA in 2007.  And Wishworks, Inc. an early chapter book whose story focuses on the power of imagination, was chosen by the New York Public Library as one of the 100 best children’s books of 2009.

Mrs. Tolan currently lives on a little lake in a big woods in Charlotte, NC with her husband (Bob), two dogs (Coyote and Samantha), Puck, the golden tabby cat, two fish (Blanche and Noir) and plenty of outdoor creatures. 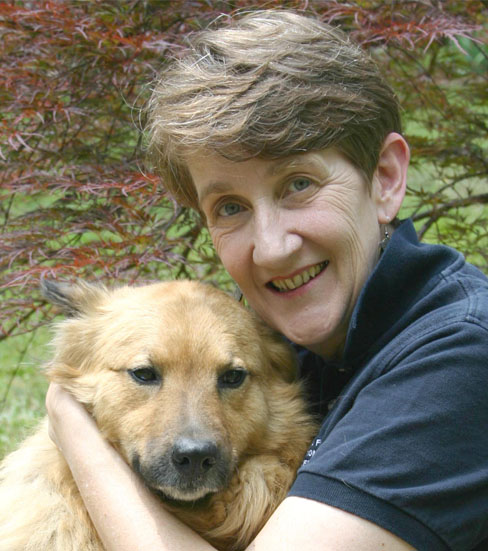