After working more than ten years as a children’s book editor, Stephanie True Peters started writing books herself. She has since written forty books, including the New York Times bestseller A Princess Primer: A Fairy Godmother’s Guide to Being a Princess. When not at her computer, Peters enjoys playing with her two children, hitting the gym, or working on home improvement projects with her patient and supportive husband, Daniel.

Regarding her work on Our White House, Stephanie True Peters writes: “It was my old colleague and friend, Hilary Van Dusen, who contacted me about the project. She wanted to include a piece on sports and the presidency. She knew I was tapped into the sports scene because I had edited many of Matt Christopher’s sports books while at Little, Brown—and more recently, had been ghostwriting them.

“In the course of my research for the piece, I learned that many U.S. presidents had ties to  baseball, starting as far back as George Washington. But the story that stuck with me was the one that now appears in the book—the first World Series game to take place after the tragic events of 9/11, and George W. Bush’s throwing of the game’s first pitch.”

The First and Final Voyage: The Sinking of the Titanic (Stone Arch Books) 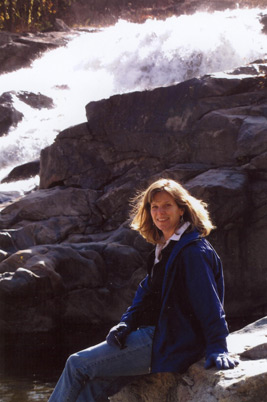