David Macaulay, born in 1946, was eleven when his parents moved from England to Bloomfield, New Jersey. He found himself having to adjust from an idyllic English childhood to life in a fast-paced American city. During this time he began to draw seriously, and after graduating from high school he enrolled in the Rhode Island School of Design (RISD). After spending his fifth year at RISD in Rome on the European Honors Program, he received a bachelor’s degree in architecture and vowed never to practice. After working as an interior designer, a junior high school teacher, and a teacher at RISD, Macaulay began to experiment with creating books. He published his first book, Cathedral (Houghton), in 1973.

Following in this tradition, Macaulay created other books including City, Castle, Pyramid, Mill, Underground, Unbuilding, and Mosque (all Houghton) that have provided the explanations of the how and the why in a way that is both accessible and entertaining. From the pyramids of Egypt to the skyscrapers of New York City, the human race’s great architectural and engineering accomplishments have been demystified through Macaulay’s elaborate show-and-tells. Five of these titles have been made into popular PBS television programs. The range and breadth of his talent is also showcased in the more lighthearted picture books Rome Antics and Shortcut, as well as Black and White (all Houghton), which received the prestigious Caldecott Medal in 1991. Macaulay is perhaps best known for the award-winning international bestseller The Way Things Work, which was expanded and updated in 1998 and renamed The New Way Things Work (both Houghton). This brilliant and highly accessible guide to the workings of machines was dubbed “a superb achievement” by the New York Times and became a New York Times Best Seller. Using a humorous woolly mammoth to illustrate principles, Macaulay offers even the least technically-minded reader a window of understanding into the complexities of today’s technology. He uses this same humorous approach and uncanny ability to explain complicated systems in The Way We Work (Houghton), which tackles the most intricate machine of all: the human body. David Macaulay’s detailed illustrations and sly humor have earned him fans of all ages.

His books have sold more than three million copies in the United States alone, and his work has been translated into a dozen languages. His many awards include the Caldecott Medal and Honor Awards, the Boston Globe-Horn Book Award, the Christopher Award, and the Washington Post Children’s Book Guild Nonfiction Award. He was a two-time nominee for the Hans Christian Andersen Award, and he received the Bradford Washburn Award, presented by the Museum of Science in Boston to an outstanding contributor to science. In 2006 he was awarded a prestigious MacArthur Fellowship, given “to encourage people of outstanding talent to pursue their own creative, intellectual, and professional inclinations.” As an individual of distinction in the field of children’s literature, Macaulay delivered the esteemed 2008 May Hill Arbuthnot Honor Lecture, an honor bestowed on him by the American Library Association.

David Macaulay lives with his family in Vermont.

Read an interview with David Macaulay.

To learn more about David Macaulay, visit his website HMHBooks.com/davidmacaulay. 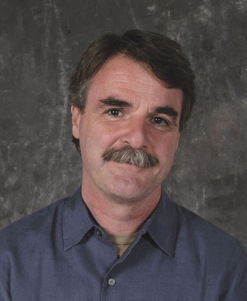