Photographer Diana Walker has been a contract photographer for Time magazine since 1979. She served as one of Time’s White House photographers during the Reagan, Bush, and Clinton administrations. The Bigger Picture: 30 Years of Portraits, is her second National Geographic book. Public & Private: Twenty Years Photographing the Presidency, published in 2002, chronicles Walker’s own collection of White House and Washington photographs, taken mostly on assignment for Time magazine. Her work covering the presidency has also been reproduced in many top European magazines, including Paris Match, Stern, and the London Sunday Times. She has done many features over the years for People magazine, the Washingtonian, Fortune, the New York Times Magazine, and the Village Voice.

Walker has won numerous awards from World Press, the White House News Photographers Association, and the National Press Photographers Association. She received the National Portrait Gallery’s 2003 Paul Peck Award for her interpretation and portrayal of the Presidency. Her photographs are in the collection of the National Portrait Gallery, the Art Institute of Chicago, the Minneapolis Museum of Art, and the Smithsonian’s National Museum of American History, which honored her with a retrospective of her work, “Diana Walker/Photojournalist” in 2003. An exhibition from that retrospective continues to travel in the United States under the auspices of the Smithsonian Institution’s Traveling Exhibit Service. Walker’s archive has been donated to the American History Center of the University of Texas, Austin.

Diana Walker has collaborated with author Elise Lufkin on her well-known books about the joys of adopting dogs, Found Dogs, and Second Chances. Her photographs were also featured with thirteen American photographers in The Way Home: Ending Homelessness in America, a book and a traveling exhibit conceived and organized by Tipper Gore. Walker’s most recent book of photography is Hillary: The Photographs of Diana Walker (Simon & Schuster). 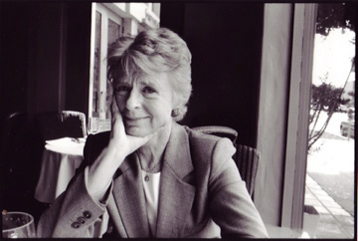