Roxie was born in Texas, and grew up in southern Maryland, by the Chesapeake Bay. At the age of six, she won first prize in a county-wide contest for a painting of a bowl of fruit. She has been a working artist all her life, for a while freelancing in Washington, D.C. as a television courtroom artist. It was great training for life drawing, concentration under pressure, and making deadlines. Clients included CBS, the Washington Post, and the Associated Press. Fourteen of her paintings have been published as covers of The New Yorker magazine.

Roxie Munro studied at the University of Maryland, the Maryland Institute College of Art (Baltimore), earned a BFA in Painting from the University of Hawaii, attended graduate school at Ohio University (Athens), and received a Yaddo Fellowship in Painting. She lectures in museums, schools, libraries, conferences, and teaches in workshops.

Many oils and watercolors are views from the roof of her sky-lighted loft studio in Long Island City, New York, just across the East River from her home in mid-Manhattan. Roxie is married to the Swedish writer/photographer, Bo Zaunders.

“To research the Washington book, in 1986 I made thirteen trips down from New York to Washington on the train. Because of my earlier work as a television courtroom artist, I knew many journalists and had friends in newsrooms throughout the city. I was able to get special access to lots of places . . . the Library of Congress, television control rooms, the Washington Post newsroom and printing presses, the Supreme Court, the United States Congress, and the White House. Incidentally, the first freelance courtroom artist job I had, for the Associated Press, was the sentencing of Haldeman, Erlichman, Dean, and Mitchell—their involvement in the Watergate scandal helped bring down the Nixon Presidency.

“On January 28, 1986, I was working in the Press Gallery of the Capitol Building, overlooking the floor of the Senate, sketching the beautiful huge ornate space for The Inside-Outside Book of Washington DC. Suddenly there was a bit of commotion behind me, as reporters jumped up and left the viewing area. Someone said, “The shuttle blew up!”  I thought they meant the Washington, D.C.-New York airline shuttle. I returned to the Press Room, where everyone was staring in horror at the single (then!) television monitor placed up high on a wall. It was the Challenger explosion. A horrible and traumatic day. . . .

“Continuing to work on the book, a month or so later I contacted Andrea Mitchell, with NBC News, to gain access to the White House for that portion of the book (we had worked together a few years earlier on television courtroom cases). She got permission for me to go to a White House Press Conference in the Rose Garden with President Ronald Reagan. In those days security wasn’t so tough, and after showing ID and checking my appointment at the guard’s gate, I went to the White House Press Room, met Andrea, and we went out to the Rose Garden. By a strange, and sad, coincidence, the press conference was with Neil Armstrong, and President Reagan was delivering to the nation the conclusions of the Rogers Commission, which investigated the Challenger disaster.” 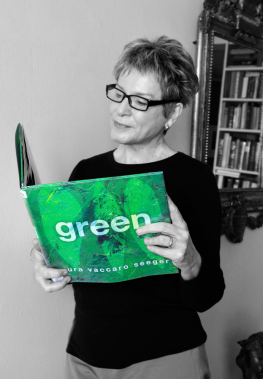